Every month the Lisk team provides a recap of the most important news, updates, and developments in a single, convenient blog post. This month saw the 365 event at Lisk Center Berlin, a feature in the Germany Top 30 Blockchain Report, AMAs and much more! 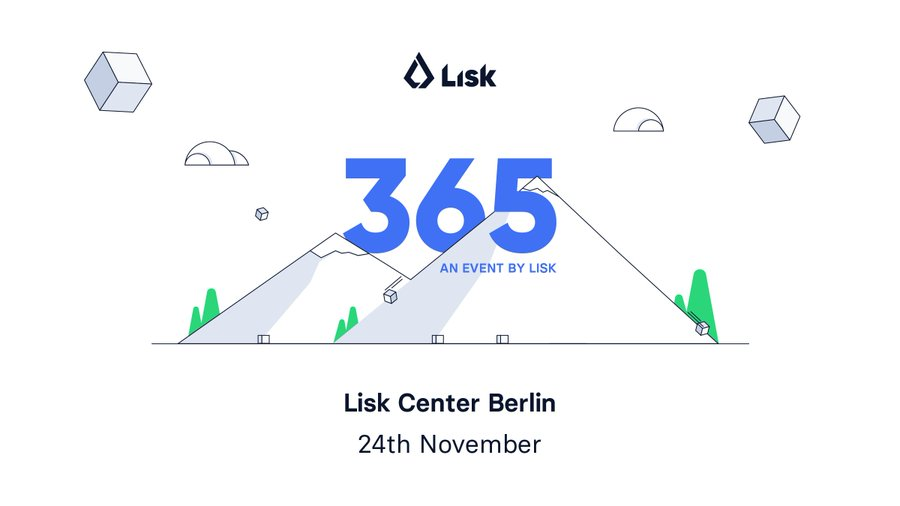 To begin our transition into 2023, we hosted an event called "365" at the Lisk Center in Berlin. It took place on the evening of November 24th. The night was full of networking and presentations including one from Lisk CEO & Co-Founder Max Kordek. His speech recapped 2022 and gave a glimpse of what is coming with the launch of the Lisk Platform.

The team then showed the new Lisk Advocate program which consists of Lisk Ambassadors, Assistants, and community bounties. All three of the programs are designed to incentivize our talented community.

Additionally, the Business Development team gave a presentation about updates to the Lisk Grant Program. The evening was capped off by Lisk's new Chief Marketing Officer Marcell Nimfuehr's vision for a great blockchain future. 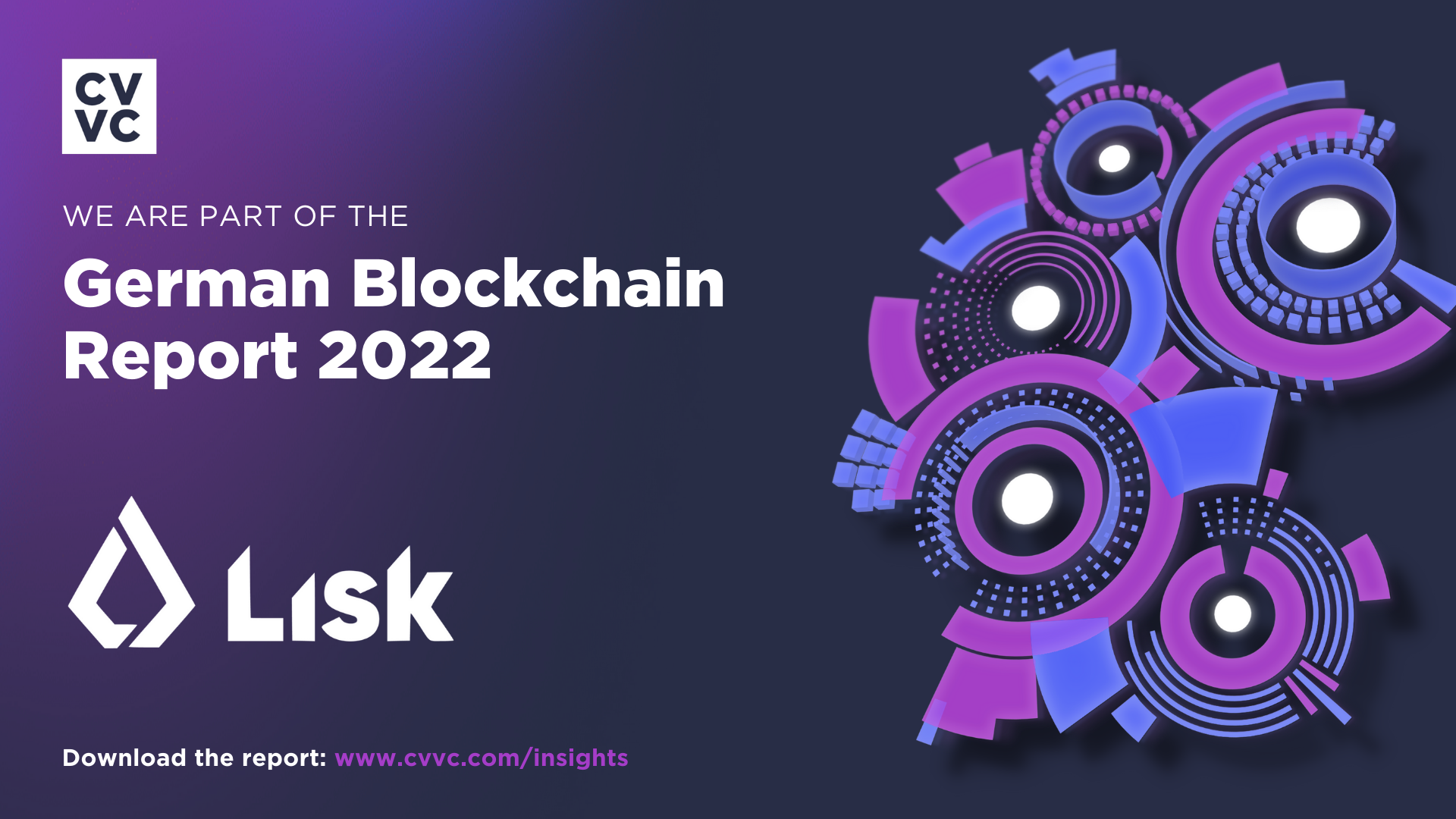 Lisk was prominently featured in the distinguished Germany Blockchain Report 2022. The report is published by CV Labs, which helps global start-ups, corporates, and investors leverage blockchain technology. Recently, there have been some collaborations between Lisk and CV VC that help both reach their goals of making blockchain accessible.

The featured article titled "Interoperability emerging as Blockchain's most important problem to solve" first sets the stage to understand how things became so fragmented in the blockchain world. After that, it defines blockchain interoperability, why it's important, and a few of the most promising solutions. It closes with a prediction of the future. 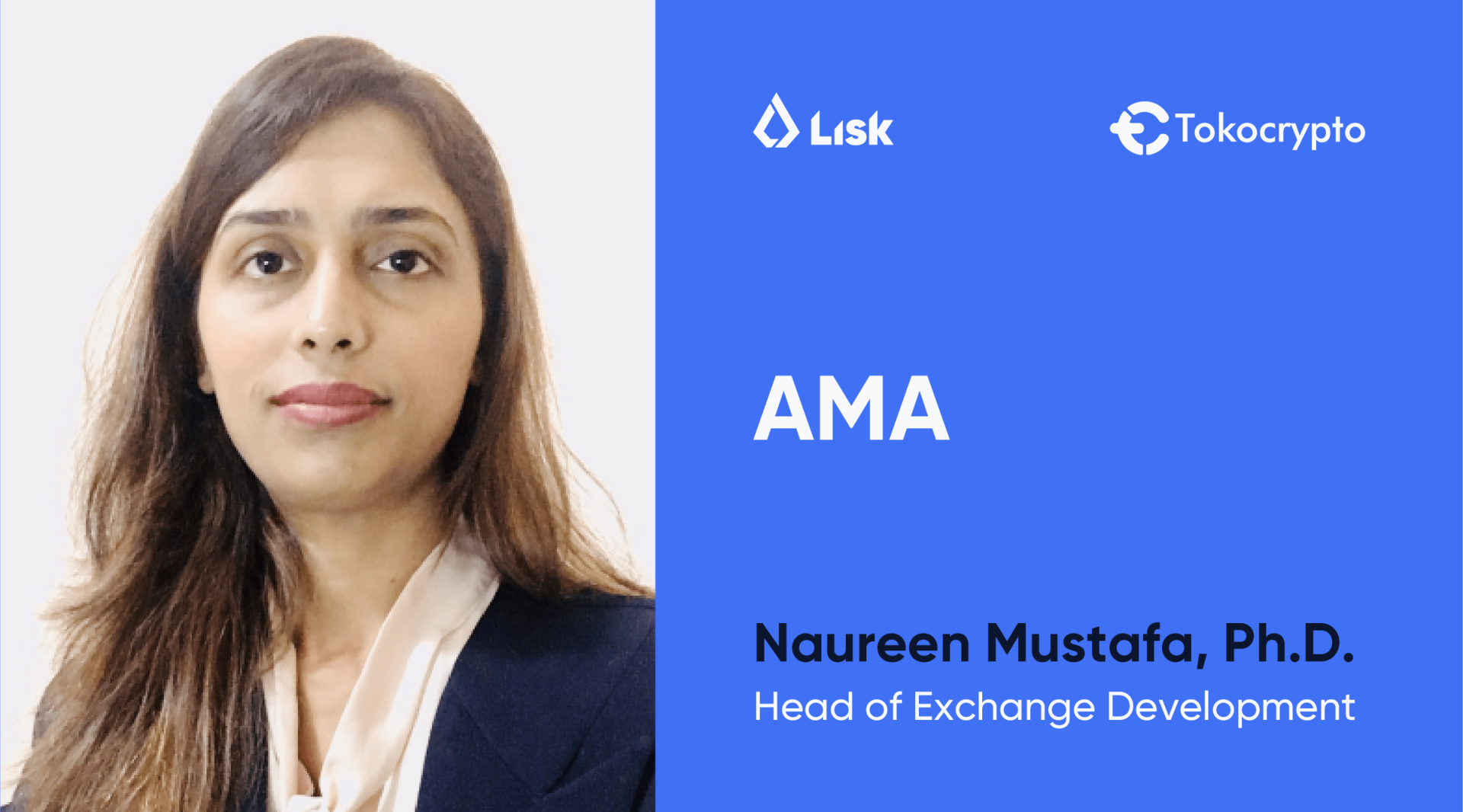 Lisk's Head of Exchange Development Naureen Mustafa, Ph.D. held a special AMA session with Tokocrypto in their Telegram. They are a top exchange in Indonesia and their group has thousands of members so quite an avalanche of questions came in during the session. Topics ranged from the Indonesian market, the future of DeFi, and the future plans of Lisk. You can read some of the best questions and answers in our recap.

Click here for the Recap of Tokocrypto AMA with Naureen Mustafa 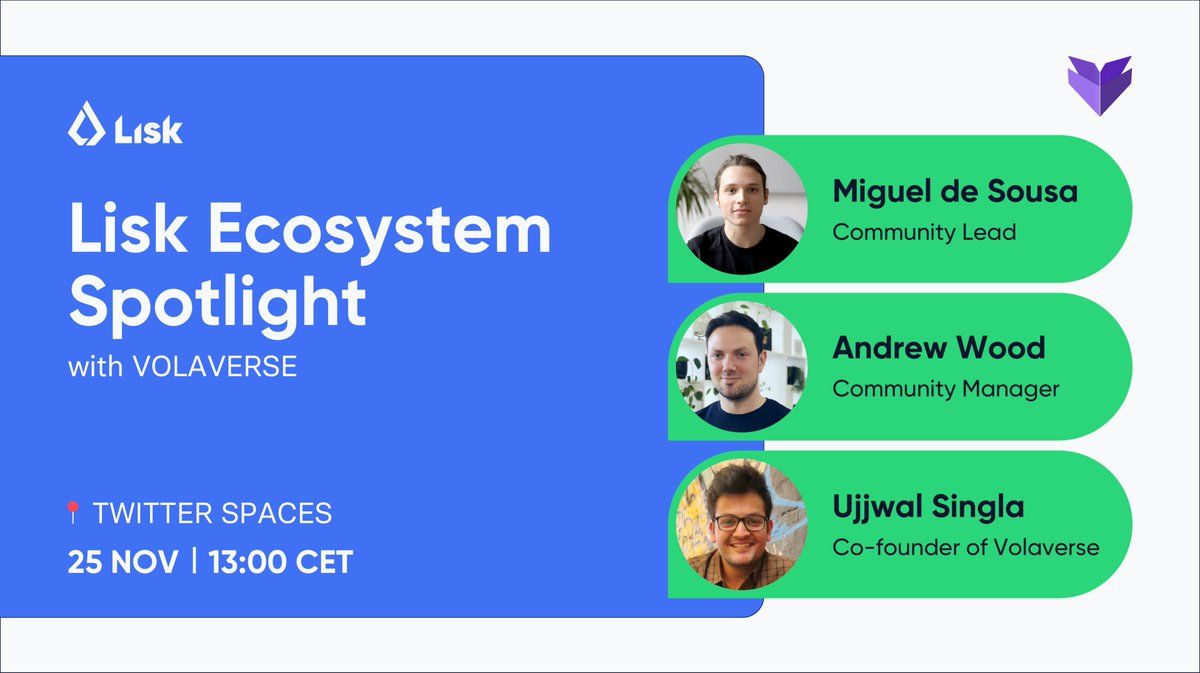 Volaverse, the education metaverse, is one of our most promising Lisk Grant Program participants. They sat down for a chat on Twitter Spaces with the Community Team to discuss their progress.

The conversation started by detailing their journey to finding Lisk and eventually being accepted into the Grant Program. It continues by diving directly into the project's impressive white paper. An exploration of the game theory and incentive structures of the concept follows. To close things out, the discussion moves on to NFTs, plans for their token, and potential future partnerships. 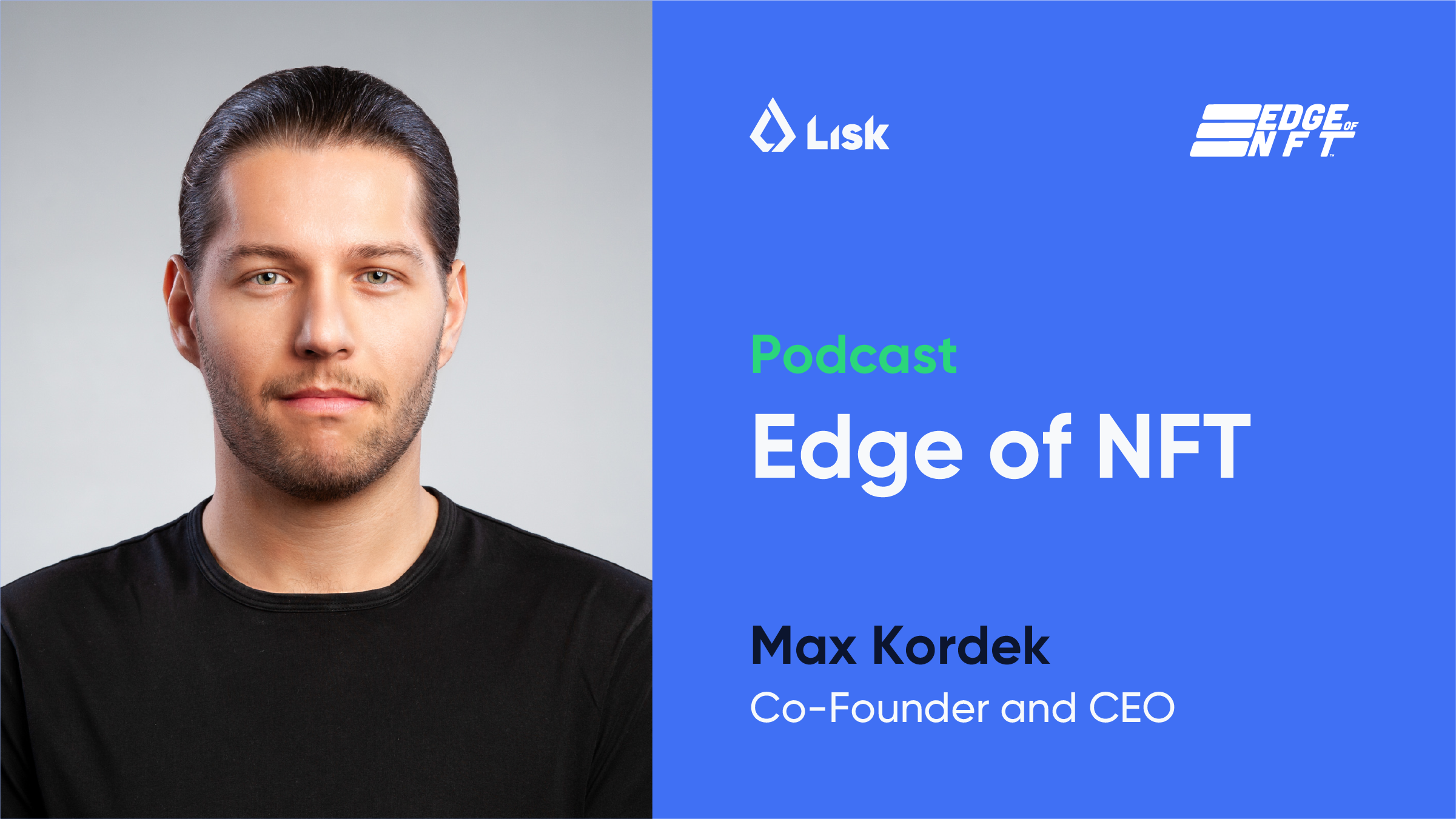 Live from Token2049, a premier crypto event organized annually in Singapore and London, Josh Kriger sits down for an insightful conversation with some of the leading figures in crypto.

Max Kordek shares where he sees blockchain development going and how Lisk is contributing to the space. 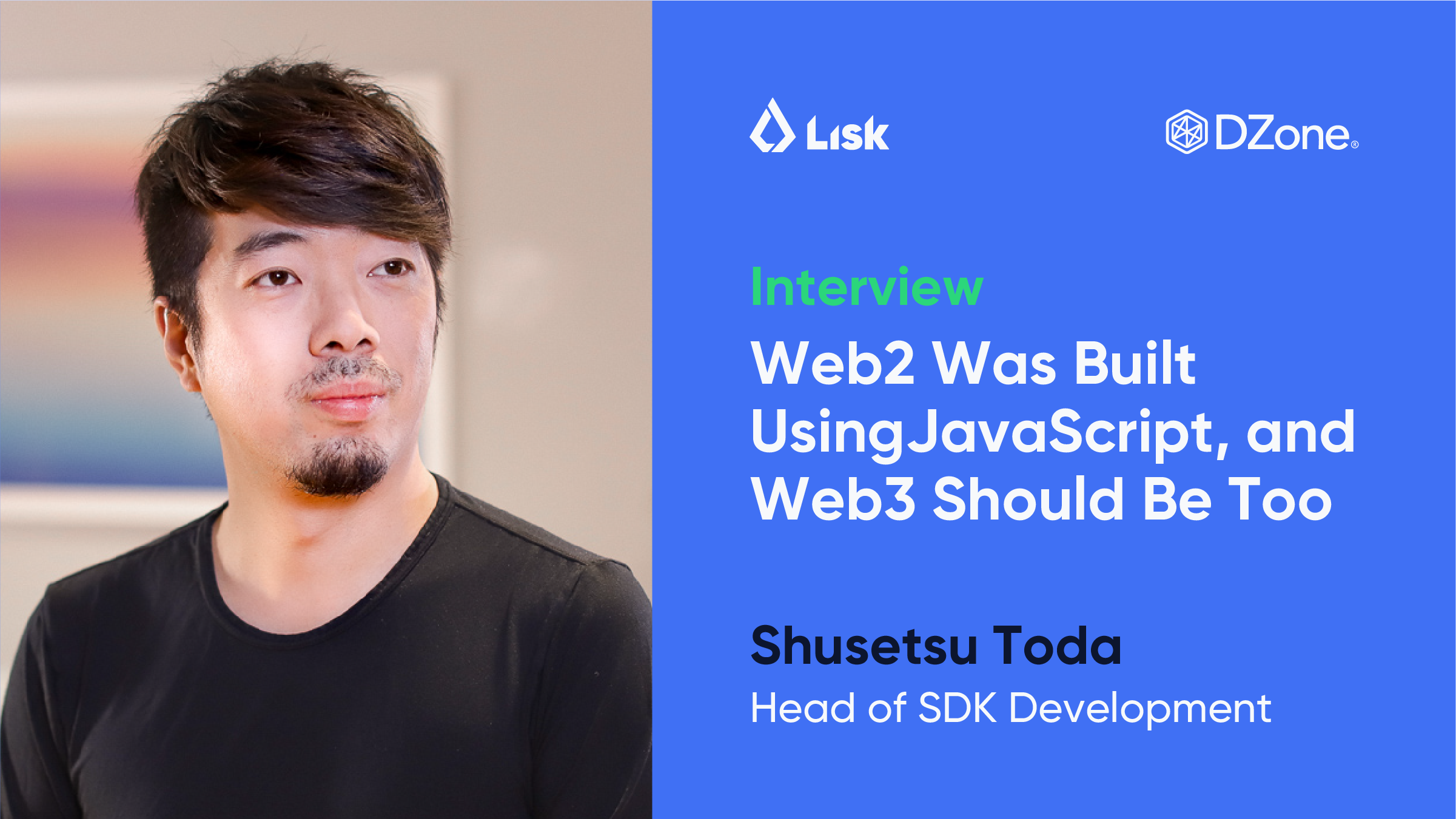 Lisk's Head of SDK Development, Shusetsu Toda was featured in a new interview by DZone. The piece dives into the history of Javascript and web2 before explaining how things fit into the #web3 picture.