As we begin to wrap up another action-packed year, we reflect on all of our best moments and achievements.

In 2022, there were so many things worth mentioning. Business Development was booming as our Grant Program saw many promising new use cases added to Lisk’s emerging ecosystem. On top of that, several exchange listings added to the available on-ramps for LSK.

Lisk was also all over the global blockchain scene. It was featured in many press releases, articles, reports, podcasts, and AMAs. Additionally, several events were hosted in collaboration with new partners such as CV Labs and we covered a lot of ground around the globe at the most important conferences in the space. Steady progress continued by both Research and Development teams on the various products; keep reading and see it all in scope!

The Lisk Grant Program powered on through Waves 3 and 4 during 2022. Improvements are being made to the program for 2023 after we listened to our most valuable partners, the community, and the Grant Program projects themselves. The program will include better support for developers. It will also include bringing in outside partners to share their expertise.

Finally, funding for the new program will be overhauled. In order for projects to be successful, we need to provide them with the funds to build their ideas out. In the new program, funding will be much more dynamic. We are very pleased to announce that in the future, projects may earn up to CHF 250,000 in funding!

Here are the projects added this year:

Bazar - A platform for supply chain management of food products. Connecting producers, wholesalers, and forwarders, they aim to increase transparency in the food market. This will help to improve sustainability among the supply lines for greater investment into where our food comes from.

Faet - A GameFi project seeks to solve many of the issues that are currently apparent in this area of tech. Faet has built a GameFi system that incentivizes gamers to engage with free-to-play and play-to-earn mechanics along with on-chain governance for greater community control.

Idntty - A digital identity security solution. It will provide an infrastructure for developers and a simple solution for end-users to manage their private data and digital signatures.

RGB - A community-driven NFT creation project. Similar to r/place on Reddit, users on RGB can create NFTs as a community by adding pixels to a blank canvas over a two-week period. After that, the canvas is uploaded in its final state as an NFT and auctioned off.

Neatbox - A cloud storage solution. It uses the IPFS chain for data storage facilitation and Lisk as a way of connecting it.

Topas City - An immersive VR world. There are tons of possibilities, including earning tokens by playing games in the arcade, meeting new friends in the bar, trading virtual access cards, or simply walking around and exploring the world.

Volaverse - are working towards creating a community driven metaverse on blockchain for Web 3.0 enthusiasts around the globe. To contribute to the flourishing fast growing ecosystem we aim to build a learning, teaching and socializing platform creating a gamified and immersive experience for our users.

Quite a few important exchanges either listed Lisk or provided additional ways to trade it. Here are the exchange additions:

Binance Learn & Earn program allowed users to learn about the Lisk platform while providing an incentive of LSK tokens. The topics include what Lisk is, how it works, and buying LSK tokens. Some technical topics were also covered such as DPoS, the Lisk SDK, and scalable sidechains.

This year, the Lisk team pushed for greater marketing and exposure opportunities. This included, among many other things, appearing on the international stage at many conferences and events. A number of events were also hosted by the team and our partners such as CV Labs.

Many of Lisk's team members and our ecosystem partners were featured in the press in 2022. Lisk was also included in some distinguished reports, including one by CV VC. Here are all of the best ones:

Institutional Demand for Cryptocurrencies Global Survey 2022 - To gain a deeper understanding of how professional investors feel about blockchain assets, this 60+ page research report presents 32 questions about crypto assets answered by 84 wealthy investors across Asia, the US, and Europe.

How Decentralized Technology Can Change the Role of National Governments | Nasdaq - Peter Nobles, CEO of Kalipo DAO, on of Lisk’s top ecosystem projects dives deep into the political science of decentralized technology and blockchain.

What is the Ethereum merge and how will it impact the blockchain - Max Kordek, CEO and Co-founder on Lisk chimes in on the Ethereum Merge and its potential to affect the market.

10 new Lisk Improvement Proposals (LIP) were published to Github in 2022. The topics ranged from Lisk-SDK specifications to Lisk Core consensus. Here are the LIPs:

LIP 0065: Introduce events and add events root to block headers - In this LIP, we introduce a mechanism to emit events from the application domain during the block processing.

LIP 0066: Introduce tree based key derivation and account recovery - This LIP proposes methods for deriving private keys from a single source of entropy.

LIP 0067: Introduce a generic keystore - We describe a format for encrypted information to be used in the Lisk ecosystem. This could be used in the wallet to encrypt a user's private keys or by the block generator module to store the generator keys.

LIP 0068: Define new transaction schema - This LIP defines a new schema to be used to serialize transactions. The main change is to replace module and command identifiers by the corresponding names, which are of type string. This LIP also updates the terminology used for transaction and transaction properties.

LIP 0069: Update Lisk SDK modular blockchain architecture - The purpose of this LIP is to describe the updated Lisk SDK architecture including the block lifecycle and hooks with related new terminologies.

LIP 0071: Introduce dynamic block reward module - This LIP introduces the Dynamic Block Rewards module that is responsible for providing the base reward system for the Lisk blockchain according to the delegate weight.

There were many releases to Lisk products throughout 2022. Below is a concise list of those releases, with a brief description of each:

Lisk Service 0.6.1 - Enabled the download snapshot feature. This ensures the index is fully up-to-date after running a fresh instance of Lisk Service

Lisk Service 0.6.4 - Addressed the caching issues that mislead users to perform the reclaim transactions even when ineligible, thus resulting in errors

This release was featured in a full blog post.

Lightcurve and the Lisk Foundation

Lightcurve had a very busy year of scaling up the team. Additonally, in each month of the year, the Lisk Foundation provided a financial report in which monthly expenditures were transparently broken down. 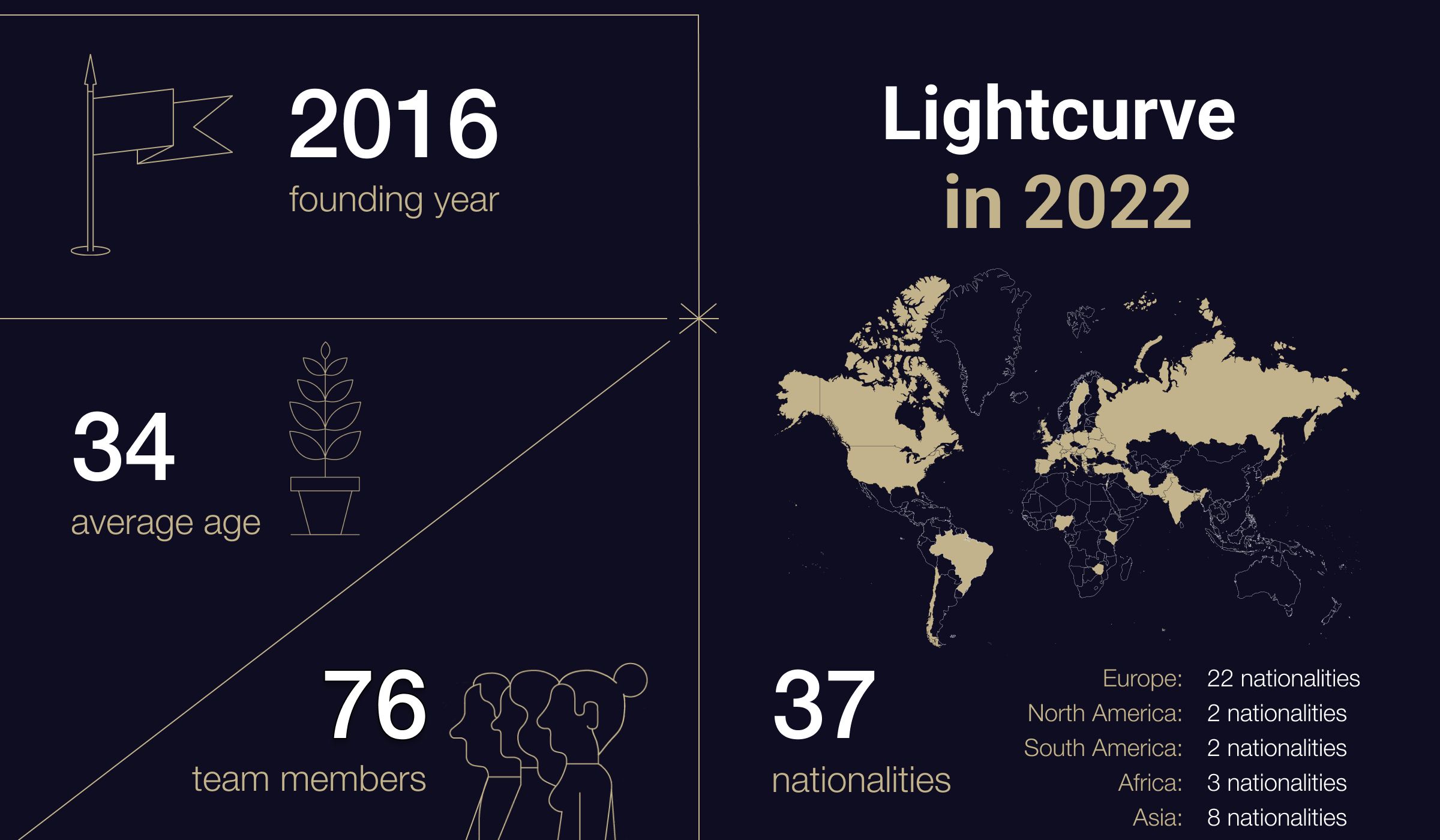