Lisk.js, the annual Lisk developer-focused event in Berlin, is the culmination of all the development and research efforts of the Lisk project and ecosystem. This full-day event took place for the first time in 2019 at Kuehlhaus Berlin.

Lisk.js, the annual Lisk developer-focused event in Berlin, is the culmination of all the development and research efforts of the Lisk project and ecosystem. This full-day event took place for the first time in 2019 at Kuehlhaus Berlin.

The day started with a short introduction to blockchain technology and the Lisk SDK, followed by a deep dive into Custom Transactions. You can check out the full presentations here.

After the introductory session, developers had the chance to pick one of the two available hands-on workshops: Lisk Bike and Lisk Transport. Lisk.Bike represents an eco-friendly blockchain use-case built by the Lisk developer community in the Netherlands. Lisk.Bike is meant to demonstrate how the Lisk SDK provides a new tool for developing blockchain applications. You can find more about Lisk.Bike on Github under the lisk.bike repository. 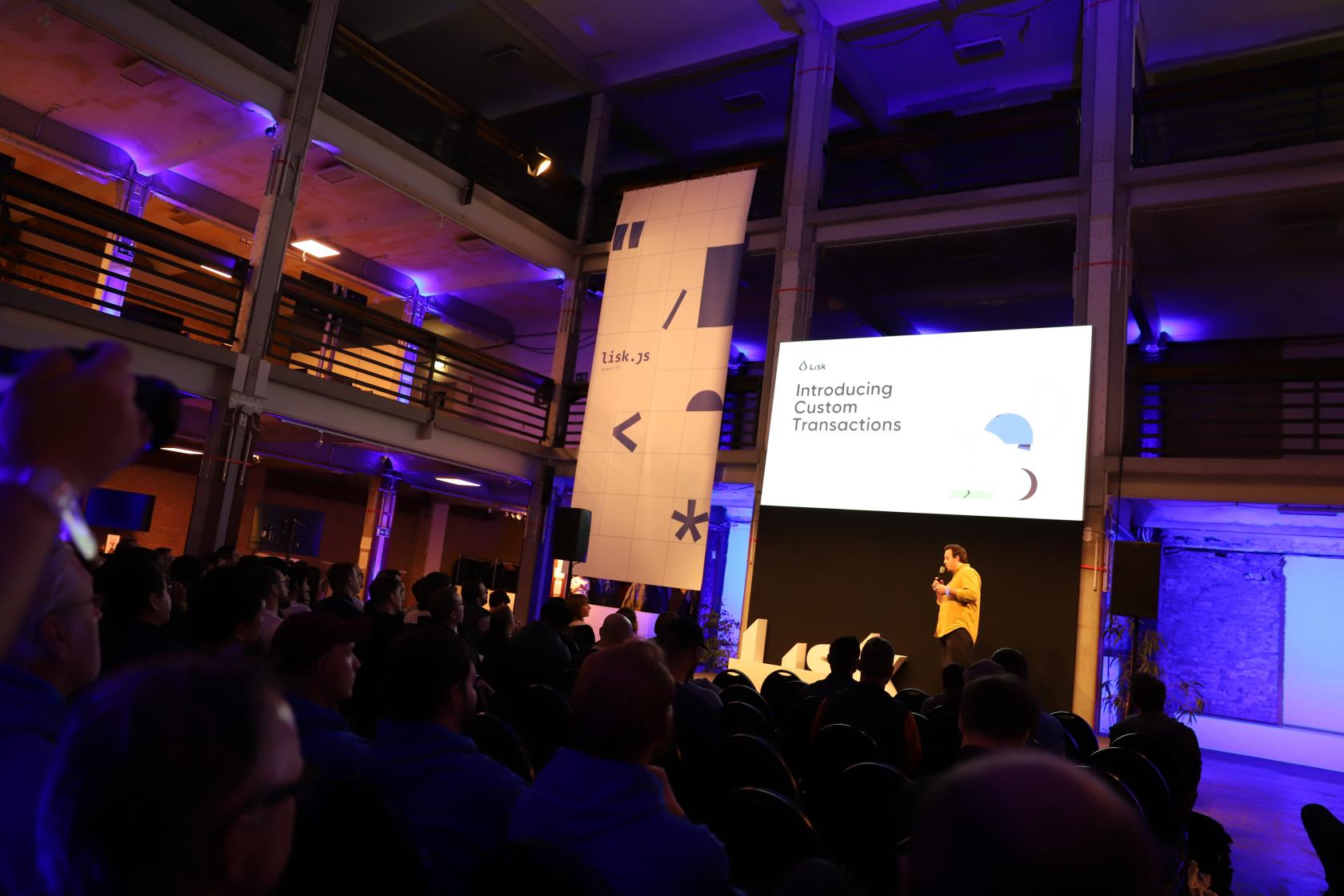 Lisk Transport Workshop gave developers the opportunity to discover ways to apply the Lisk SDK to a real-world blockchain use-case. The attendees learned how to put together a Raspberry Pi, a photoresistor, a humidity sensor, and custom transactions to create a decentralized package delivery system using the Lisk SDK.

The workshop started from the Lisk Transport concept, which handles the end-to-end service of picking up a packet and delivering the packet to the right recipient. In order to decentralize this concept, the developers had to create four custom transactions. The most interesting custom transaction type is a LightAlarmTransaction.

This transaction gets fired whenever the package is unlawfully opened. Each participant received a small IoT device (Raspberry Pi 0) which had to be configured during the workshop. The IoT device is capable of detecting light and self-signing a transaction. The main goal of this workshop was to teach developers in a fun way how to develop custom transactions that can interact with each other. Do you want to explore the workshop materials?

You can find the materials on Github under the Lisk-SDK-Examples repository. 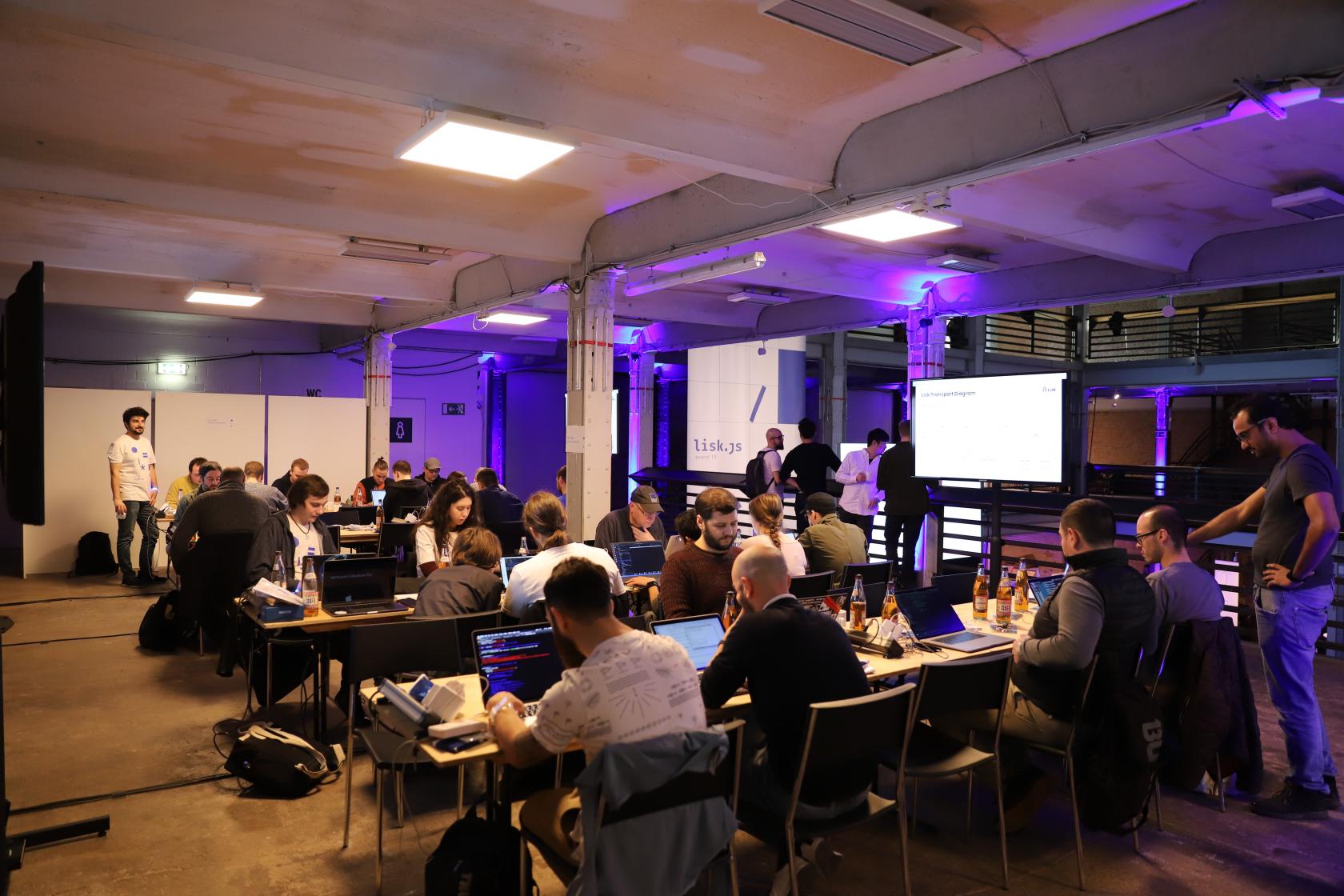 Coding challenge: One to Many

After a well-deserved donut break, developers got a short introduction to the coding challenge prepared for the last part of the afternoon session. The challenge was to create a custom transaction that allows them to make multiple transfers in just one transaction with the aim of reducing the stress on the network.

Developers got around two hours to finish the challenge and to submit their solution to the Lightcurve developers team to assess it. Out of 13 correct code submissions, there were three winners based on the total number of points accumulated. The winners received a smart backpack and also a total value of €2.500 in LSK tokens. 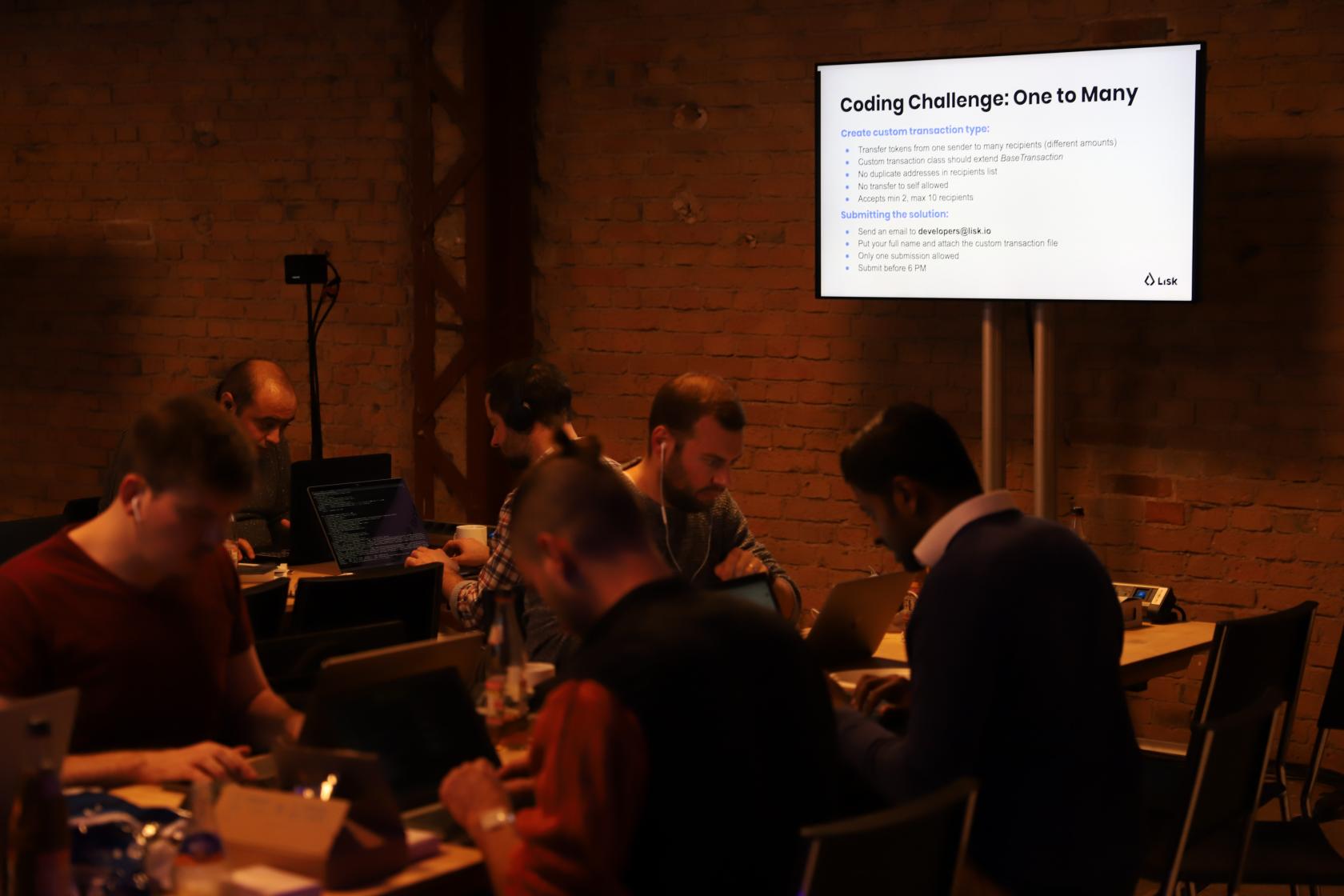 After a short recap of the day, Max and Oliver announced the three winners of the coding challenge and offered them the prizes. The speech continued with an overview of Lisk’s achievements in 2019, such as:

Besides the great news of Lisk being listed in November on Kraken, the biggest European exchange for cryptocurrencies, other announcements for 2020 were also made by the founders. The Lisk Builders Program consisting of grants for developers within the Lisk community is meant to foster innovation and creativity using the Lisk SDK.

The first two recipients were also officially announced: Lisk.Bike and Sidechain Solutions. If you would like to submit your proof of concept idea, make sure to apply here.

Other announcements for Lisk 2020: 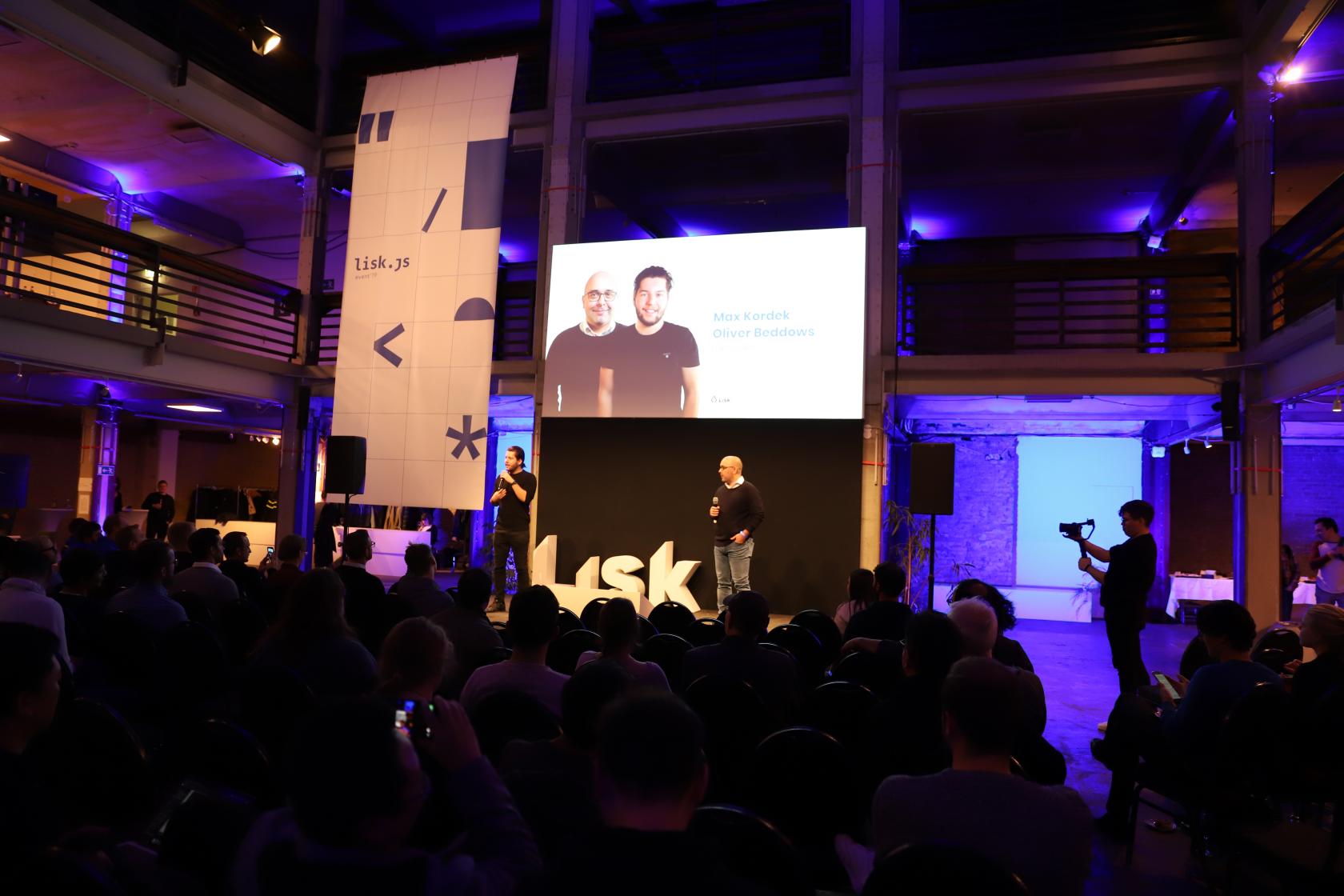 Iker and Maxime from the Lisk research team presented “The fairest of them all? An overview of Lisk’s newly researched DPoS algorithm”. They talked about the main properties and objectives of our new DPoS mechanism with four goals: to disincentivize coalitions, make it open and fair, offer vote flexibility and enable efficiency to process the votes. You can watch our Research team presentation to find out about upcoming improvements to our DPoS consensus algorithm. 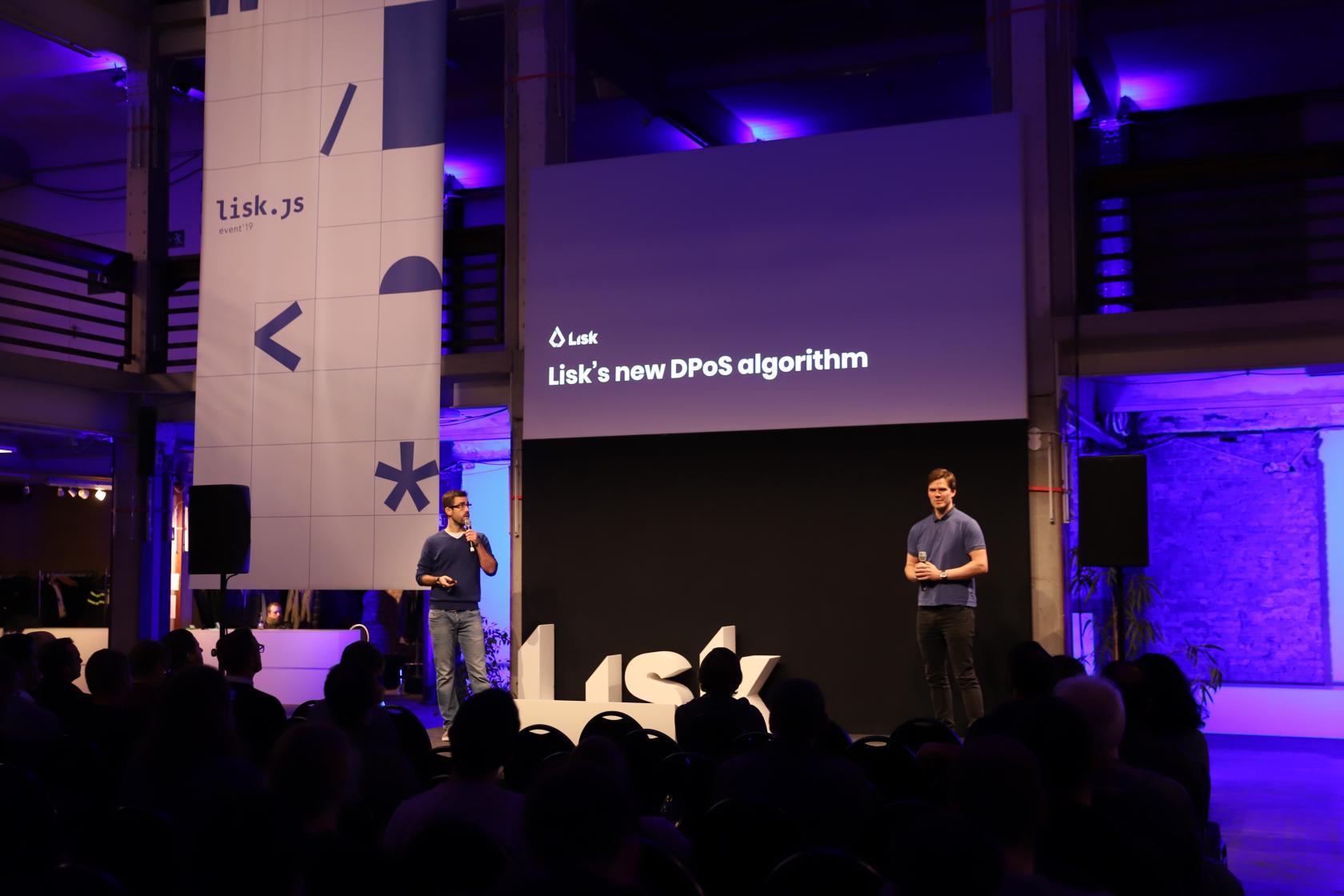 Backend Developer Ishan gave an introduction to our peer-to-peer library. If you are interested in P2P networks and related projects, you can check out our easy-to-use library here. You can find the whole presentation about partial mesh network topology here.

Backend Developer Mehmet held a presentation about a new approach to software testing. More details about the guideline can be found in the video.

The last developer presentation was held by Backend Developer Michal who talked about microservices. In this presentation, Michal had an introduction to blockchain micro-services and how we support blockchain-based products with service-oriented architecture. You can check out his presentation here. 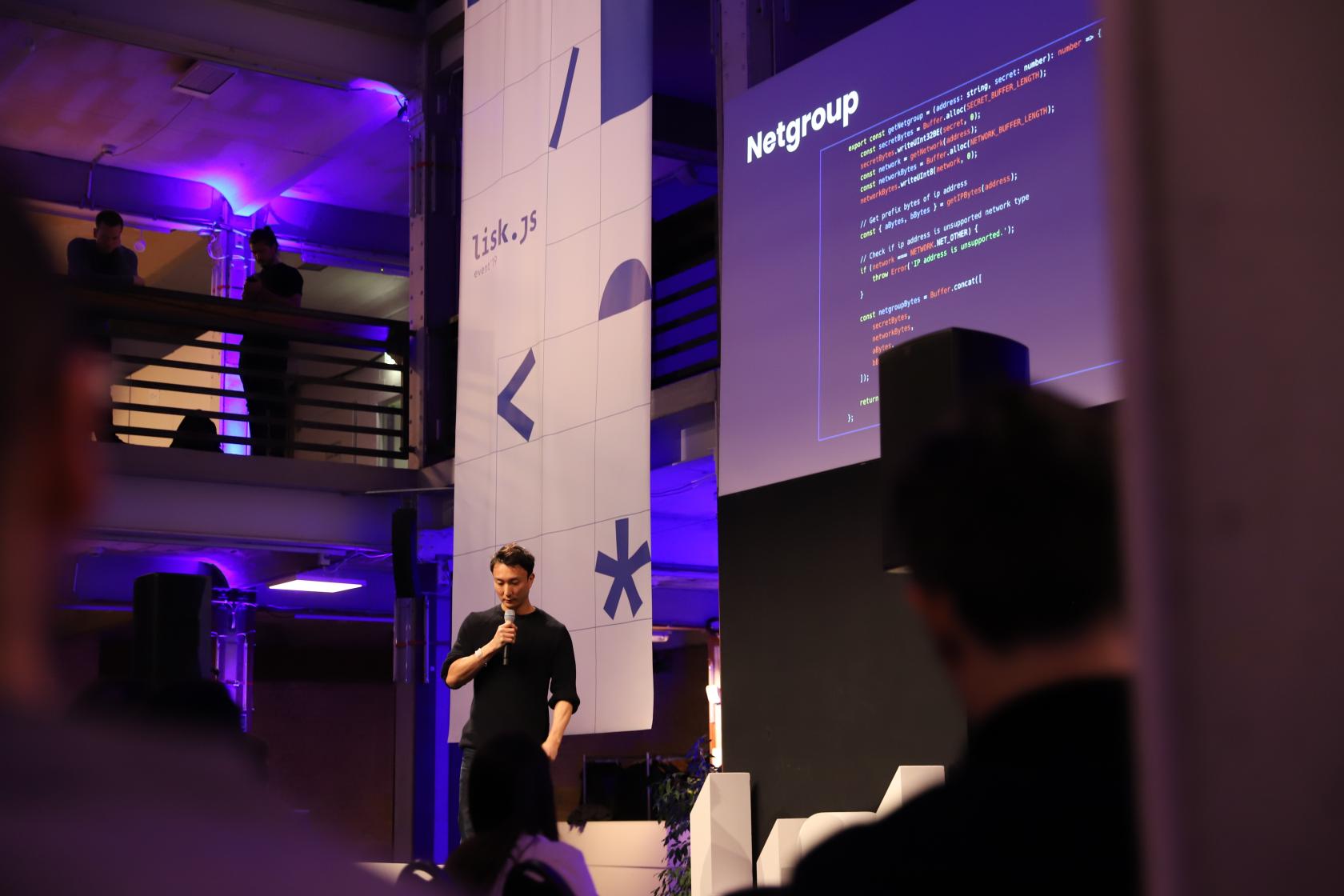 The discussion was built around the recently published LIPs outlining improvements to Lisk’s consensus algorithm, as well as the release of Lisk SDK 3.0.0 which will bring a new Byzantine Fault Tolerance consensus on the Lisk platform. The second part of the panel discussion consisted of a Q&A session where several questions were taken from the audience. If you would like to watch the full panel discussion, check out the video here.

Jurre from Lisk Center Utrecht (LCU) presented about developing a blockchain hub from the ground up. LCU is a community driven co-working space in Utrecht (Netherlands). Jurre believes that open source blockchain innovations will thrive in a co-working space where you can meet like minded people and help solve problems together. Lisk Center Utrecht facilitates hands-on blockchain workshops and plans to host 150 meetups next year. For more about their plans in 2020, check the full video here.

Edward, founder of Sidechain Solutions, shared an update of what his team has been working on for the past months. During his presentation, he introduced Lisk Dynamic Forging Controler - a flagship tool, Lisk Rebuilder Script, Lisk Tic Tac Toe - a game developed with Lisk Elements and Lisk Inviter - a decentralized Ticketmaster for events. He also revealed a new app that his team has been developing called Chronicler which is a distributed archive. Check out the full video here.

Jackson, a developer in our community for two years, introduced us to his project Moracle. Moracle provides a completely different approach to traditional oracles. Instead of using a centralized source with a single API endpoint, it uses generalized repositories for data for anyone to access. For the full presentation, check out the video here.

The last community presentation was held by Zachary, Head of Operations at GNY. He gave an introduction to the machine learning platform for blockchain apps. He presented GNY's roadmap through 2020, which includes four PoC applications, as well as the vision for developers. Check out the full video here.

After the Lisk Ecosystem presentations were over, developers, community members and Lisk team enjoyed the networking session together.

With this, we would like to kindly thank everyone being present at lisk.js 2019. This was a great opportunity for Lisk to meet local industry players and to help build a strong blockchain community in Berlin. We hope to see you again next year in Berlin on November 6th-7th at Kuehlhaus for lisk.js 2020, the annual developer focused event.

If you want to stay up-to-date with the lisk.js 2020 agenda and speakers, make sure to check our dedicated website page. For other Lisk’s upcoming events, remember to visit our events page.