The most meh! Collectible Set of 2022 - here come the Mehlves

The Mehlves Collectibles Set is a series of 112 generative artworks imagined by Miguel de Sousa and created by the artists Rita Osokina and Lucas De Melo in their spare-time working the design-shift at Lisk. The set is hosted by LiskScan.

“What is the history behind the Mehlves?” asks Lisk Discord veteran dav1.

But who can tell? It is not like Mehlves are unionized and talk about their incredible boredom via Twitter. Are they really from the North Pole? And who did bring the gifts if the Mehlves just said “meh” and kicked back? Maybe they had a secret deal with Santa’s reindeers who put in a double shift to get a Collectible Set next year? What we do know is what Ginger Bread Green Santa Claus Mehlf says to this: “close, but no cigar!”

One night, the 112 Mehlves went to the Lisk office and put a banana to content manager Edward Trosclair’s head and forced him to create a Collectible Set and distribute it among the humans on earth. They were given away to community members over four days of fun and festivities in the Lisk Discord. The Mehlves were hiding in the Lisk Collectibles Metaverse Spaces on Spatial.io. The users who found them via a screenshot could claim them.

The quests took place across a handful of metaverse spaces which were all directly linked through portals. TheLisk Community Collectibles Museum, Janen’s Lisk World, and Lisk Fireside Chat are all still open for you to visit any time you’d like. These metaverse spaces can be accessed on any device and don’t even require an account to explore. They’re also VR compatible if you have a headset. 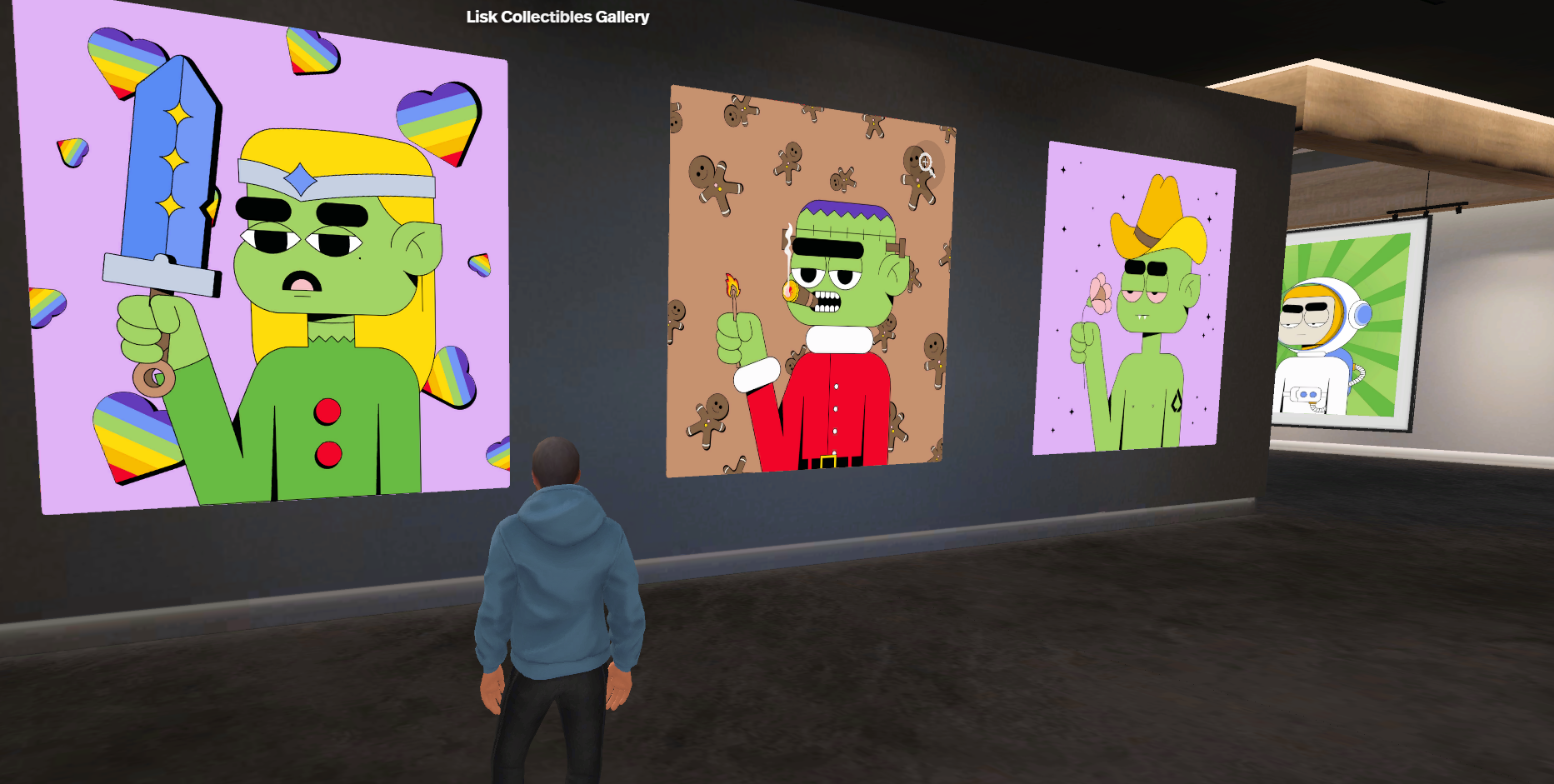 Lisk’s community members seemed satisfied with their collectibles although they hold very different values for each. One member wouldn’t sell it for 1,000 LSK tokens, another one would have sold it for a pack of flavored cigarettes. As weird as this sound, it is for sure in the spirit of our Mehlves who say goodbye to 2022 and great the new year with a thundering: