Last week, thousands of people flocked to New York City to participate in Blockchain Week — seven days jam-packed with conferences, events and meetups, with many historical moments for the whole industry.

Blockchain companies as well as representatives from transnational giants congregated to meet, learn and discuss both the future of this emerging technology and how they can contribute to its success. Blockchain Week’s immensity was a demonstration of how far the industry has come; progress is truly being made. 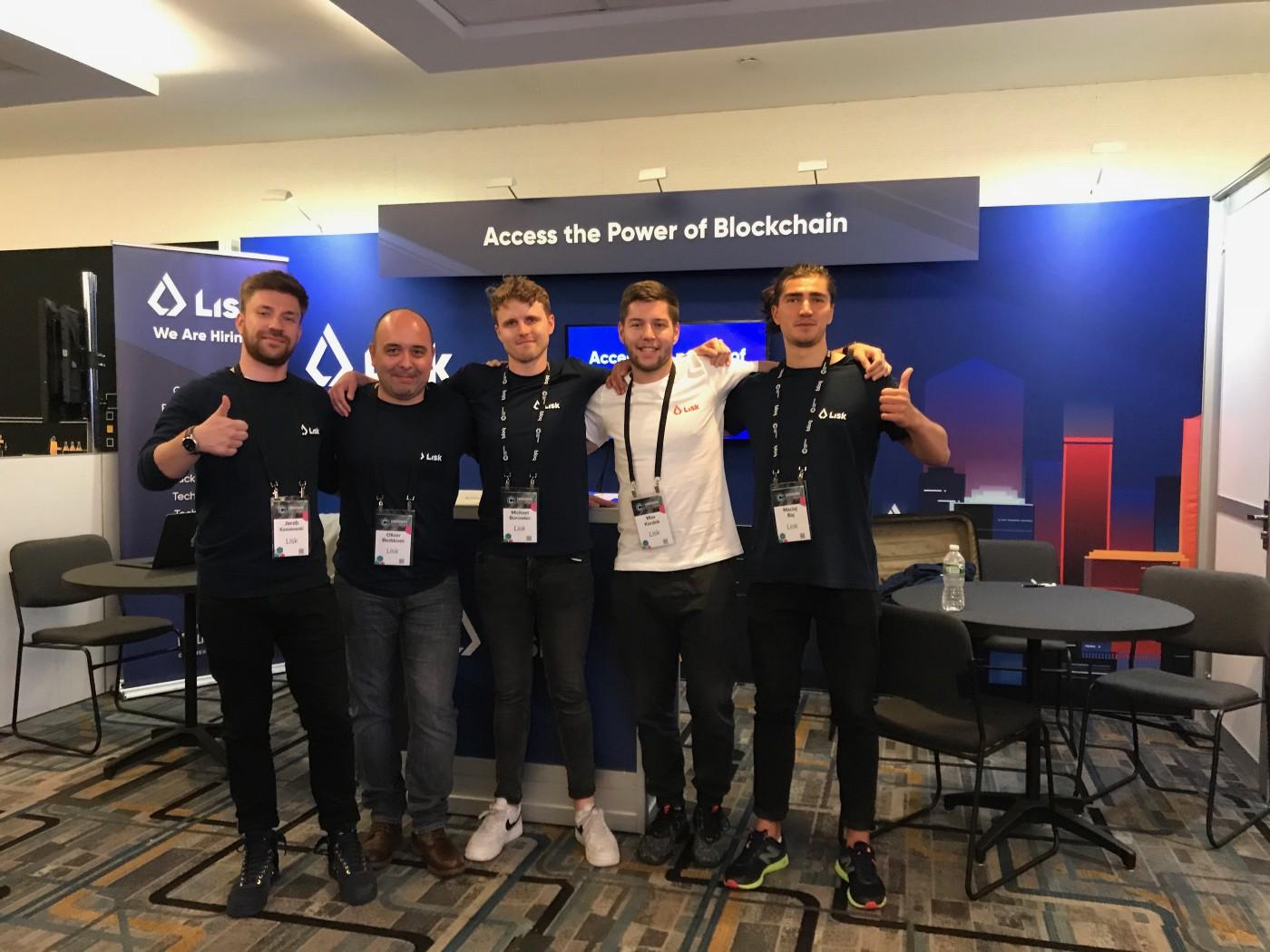 Lisk was a proud sponsor of the major conference of the week, Consensus 2018. The conference hosted by CoinDesk attracted over 8,500 attendees alone — the same event last year attracted a mere third of that number. Lisk’s presence also quadrupled in size from last year — 12 team members from the development and marketing teams flew over from Berlin to attend.

With a large booth in the exhibition hall and a huge meeting room featuring our informative video content, interactive Lisk Hub demos and a ton of customized swag like the Lisk Statue of Liberty stickers, Lisk received an overwhelming amount of attention. Many visitors already knew about Lisk and were excited to see us there.

There were also those attendees who came to the booth because they heard about Lisk due to our project’s popularity, but wanted to find out more about our technological proposition and achievements thus far. All twelve team members were constantly busy answering questions, communicating our vision, and making meaningful connections, while a queue formed behind them. The energy and level of curiosity were incredible.

Apart from inspiring dozens, if not hundreds of potential community members, the Lisk team also spent a considerable amount of time connecting with business representatives interested in partnerships and collaborations with our company. Meanwhile, our developers engaged many people who plan to create applications on top of Lisk.

The team also received a lot of positive attention surrounding Lisk’s educational pursuits. Several attendees from academic backgrounds and educational event organizers discussed wanting to implement the Lisk Academy into their content. Every individual on the team was able to bring strong knowledge and expertise to the table, which helped Lisk open up doors to even more meaningful connections. For example, frontend developer Gina was able to interact with a number of Korean projects and attendees, given her ability to speak Korean.

We had the chance to meet community members including Lisk Ascend member Ty Diamse, who heads Lisk’s community in South Korea, where he has held a number of Lisk Meetups. The team also chatted with important figures in the blockchain industry including the likes of Whitfield Diffie, Don Tapscott, and many more. Conference attendees came from a wide range of backgrounds, including financial services, healthcare, politics, logistics, to name a few. 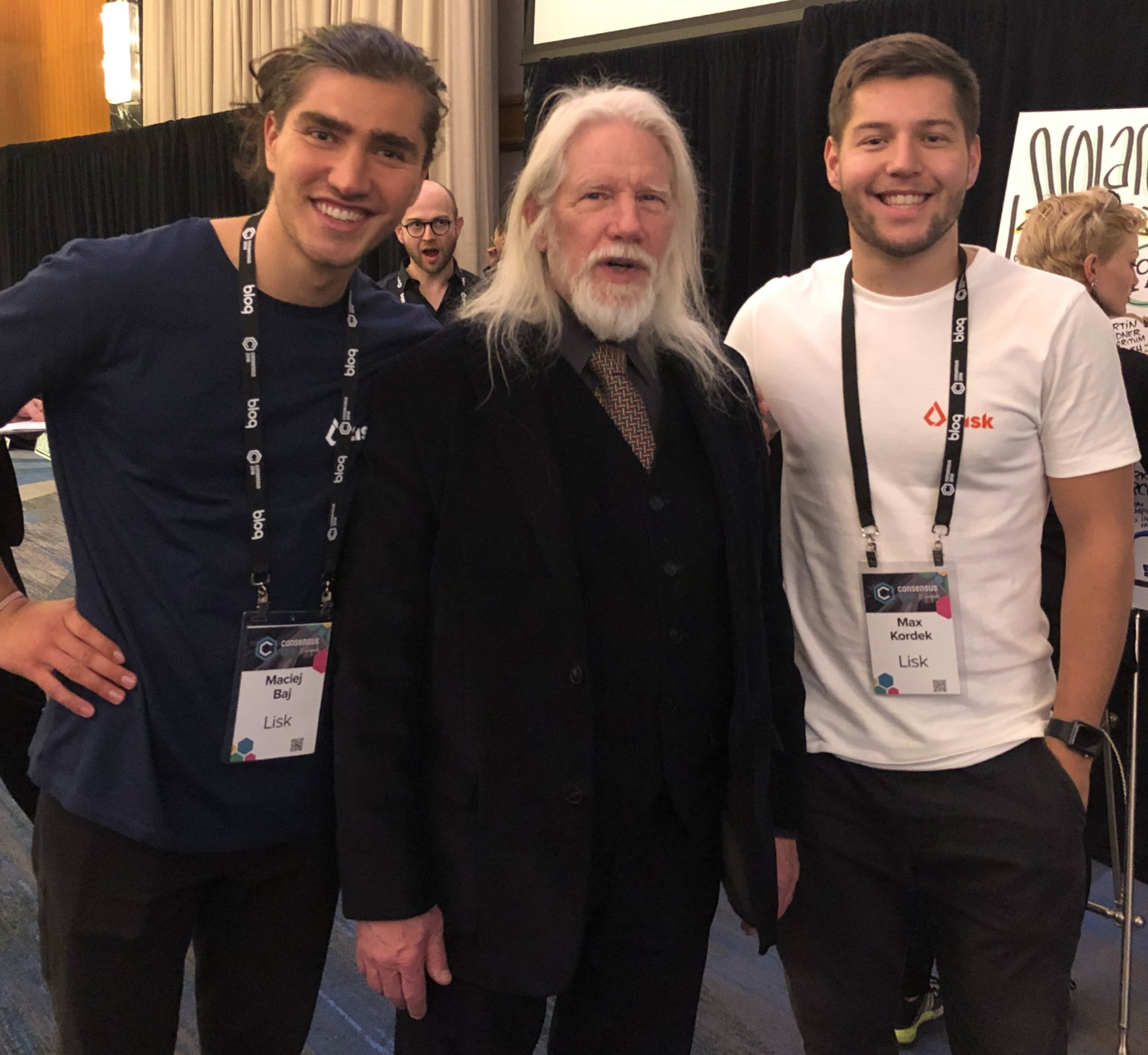 The panels and discussions of the conference covered a huge range of topics — from governmental use of blockchain technology for regulatory compliance, to use in logistics, like in ports and shipping hubs, to the state of blockchain in healthcare, it was difficult to pick between sessions to sit in on.

Influential members of traditional industries, such as chairman and CEO of FedEx, one of the biggest logistics company in the world, stated during his time on stage that “Blockchain has the potential to completely revolutionize what’s across the border”. FedEx is a huge proponent of blockchain, as indicated by FedEx’s joining Blockchain in Transport Alliance in February.

The team had the pleasure to sit down for interviews with prominent journalists from the blockchain industry and the mainstream business media landscape. Nasdaq Trade Talks host Jill Malandrino interviewed Max. Other members of the team were also interviewed by the likes of VentureBeat, Reuters, Forbes, and CoinPost.

A huge part of why Lisk attended Consensus was also to scout talent. At the conclusion of Consensus was the Blockchain Week NYC Job Fair and we received nearly 100 resumes from interested individuals. We are currently hiring designers, software engineers, marketing, and operations. Please take a look at AngelList for further information regarding these positions. 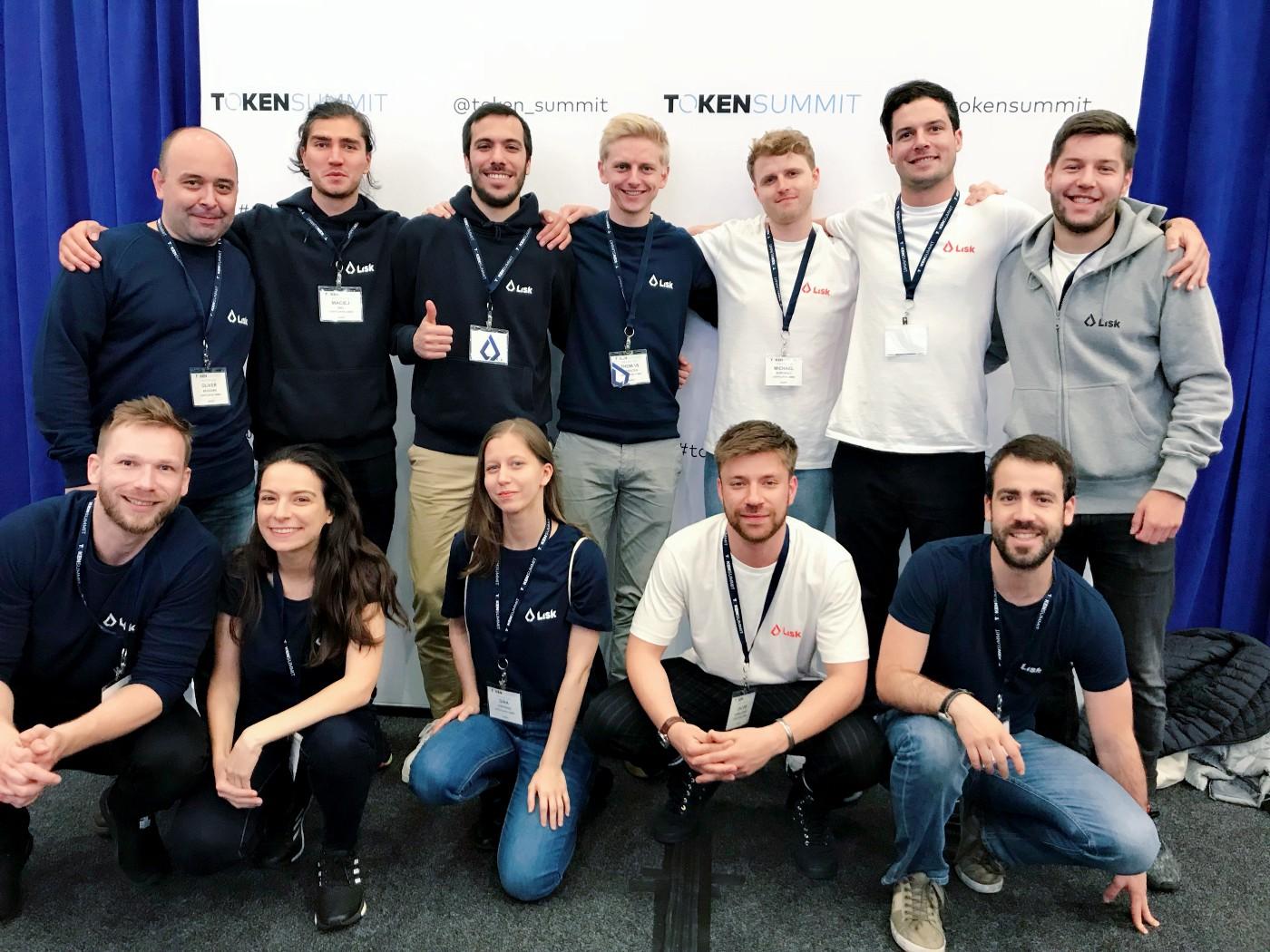 Token Summit, hosted by blockchain industry experts William Mougayar and Nick Tomaino, commenced the day after the conclusion of Consensus. Although the conference only lasted one day, it was fully packed with informative and inspiring panels. The main focus of the conference was on the economics, regulation and best practices surrounding blockchain-based tokens, protocols and crypto-assets.

Other major figures in the blockchain industry took to the stage, including Emin Gun Sirer, co-director of IC3 and Associate Professor of Computer Science at Cornell University. Aside from attending industry-leading discussion panels, the team also had the opportunity to directly connect with many business leaders on the conference floor.

It was inspiring to discuss the potential of blockchain with people from all business backgrounds and how Lisk can help each use case with the transition to the global, decentralized economy.

Both Consensus and Token Summit were hugely successful for Lisk — we loved sharing our vision with hundreds of potential community members, business partners and future platform users. We plan to build on the success of this year to make an even bigger splash when we return to the conferences next year.