Lisk Updates from the Lisk Center Berlin was the first online event livestreamed from our new community center in Berlin. During the event, the Lisk team gave an update on marketing, development, and research related topics. Two of our community members presented their proof of concept blockchain applications built with Lisk SDK. The event was livestreamed on YouTube and CrowdCast. The entire recording of the event can be watched back on our YouTube channel. 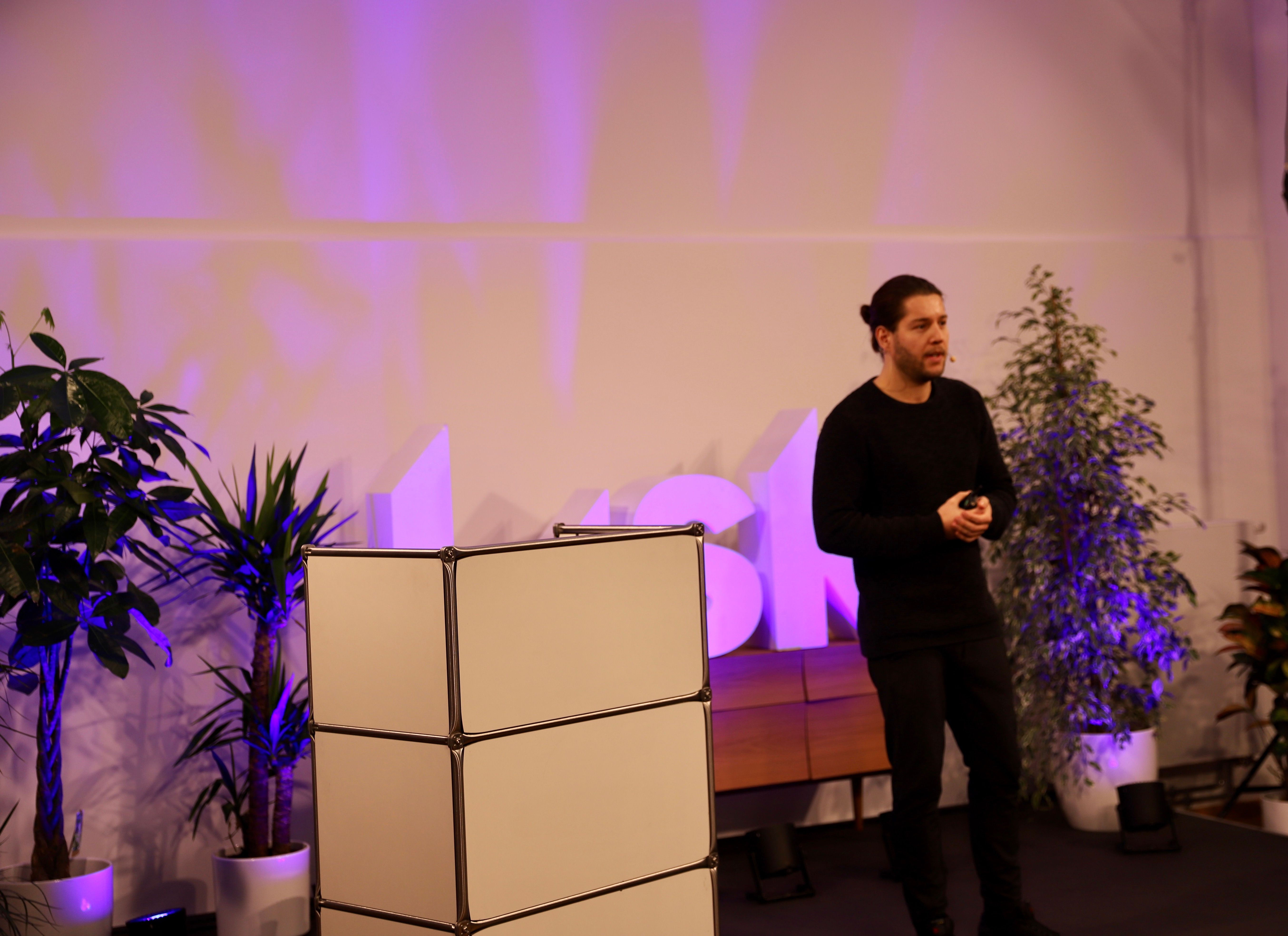 Max started the event by introducing the speakers and giving an overview of the agenda.

Then he explained why we decided to open the community center in Berlin. He stated:

Lisk Center Utrecht and Lisk Center Tokyo showed us what tremendous value meeting in real life brings, and they have inspired us to open up the third one - the Lisk Center Berlin.

Max announced that for the 8th time in a row, JavaScript was voted the most popular programming language in the world. He also showcased development-related achievements:

If you want to learn more check out Max’s presentation here. 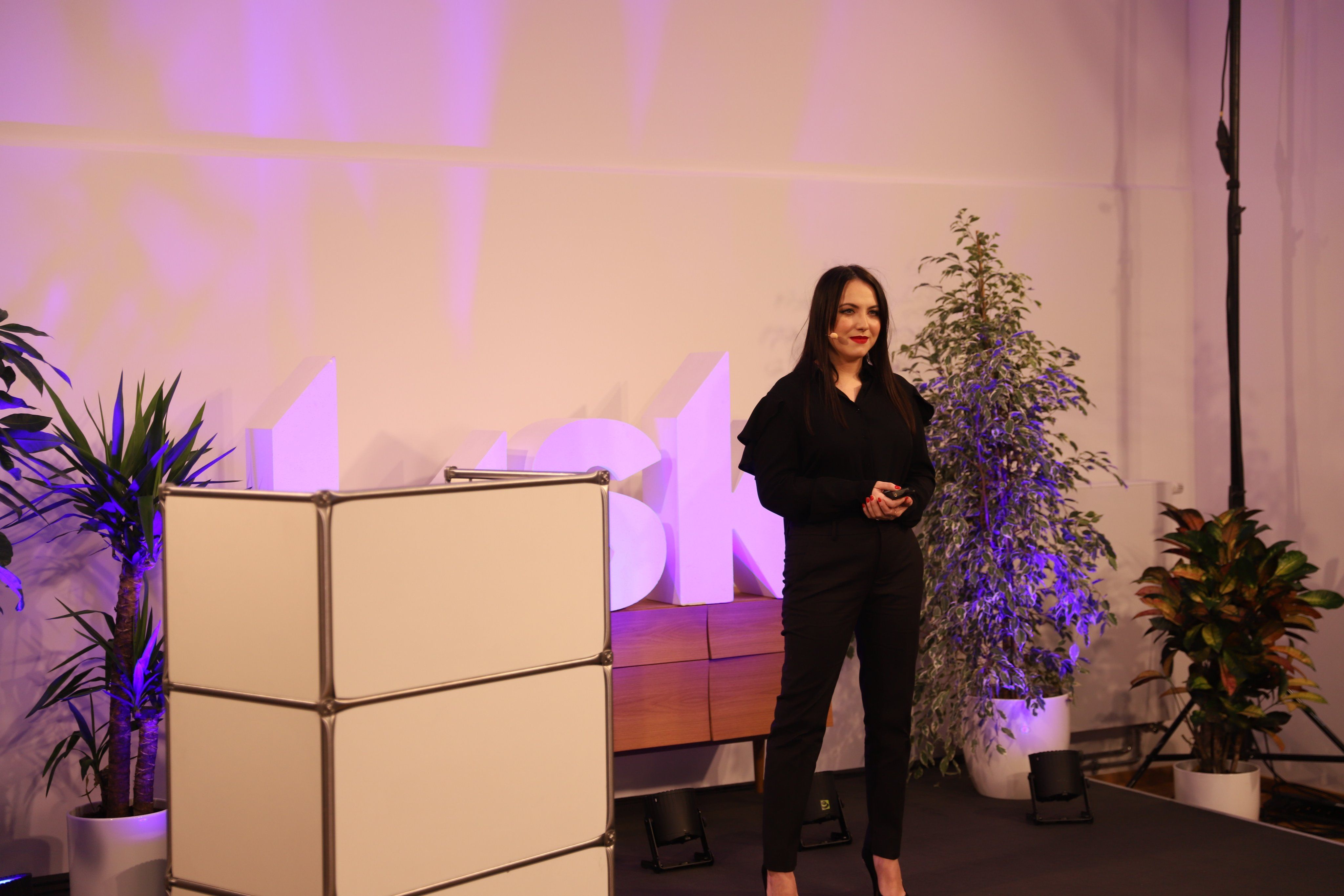 Monica presented the Lisk Centers around the world - Lisk Center Utrecht and Lisk Center Tokyo by screening pre-recorded videos prepared by the teams from the Netherlands and Japan.

Jurre, part of the Moosty team and responsible for Lisk Center Utrecht talked about the idea behind the LCU and their achievements in the past years. Hayate Matts, Incubation Manager at BINARYSTAR, gave a quick introduction of the space where Lisk Center Tokyo is located. He also showed us where our community members from Japan can meet, collaborate, network, and work together on interesting projects.

“It became clear to us that we need to create a space for our German community. Therefore, we decided to build the Lisk Center Berlin [...] We hope to attract as many developers as possible in LCB” said Monica.

If you want to learn more about the Lisk Center Berlin and Lisk marketing update, check out Monica’s presentation. 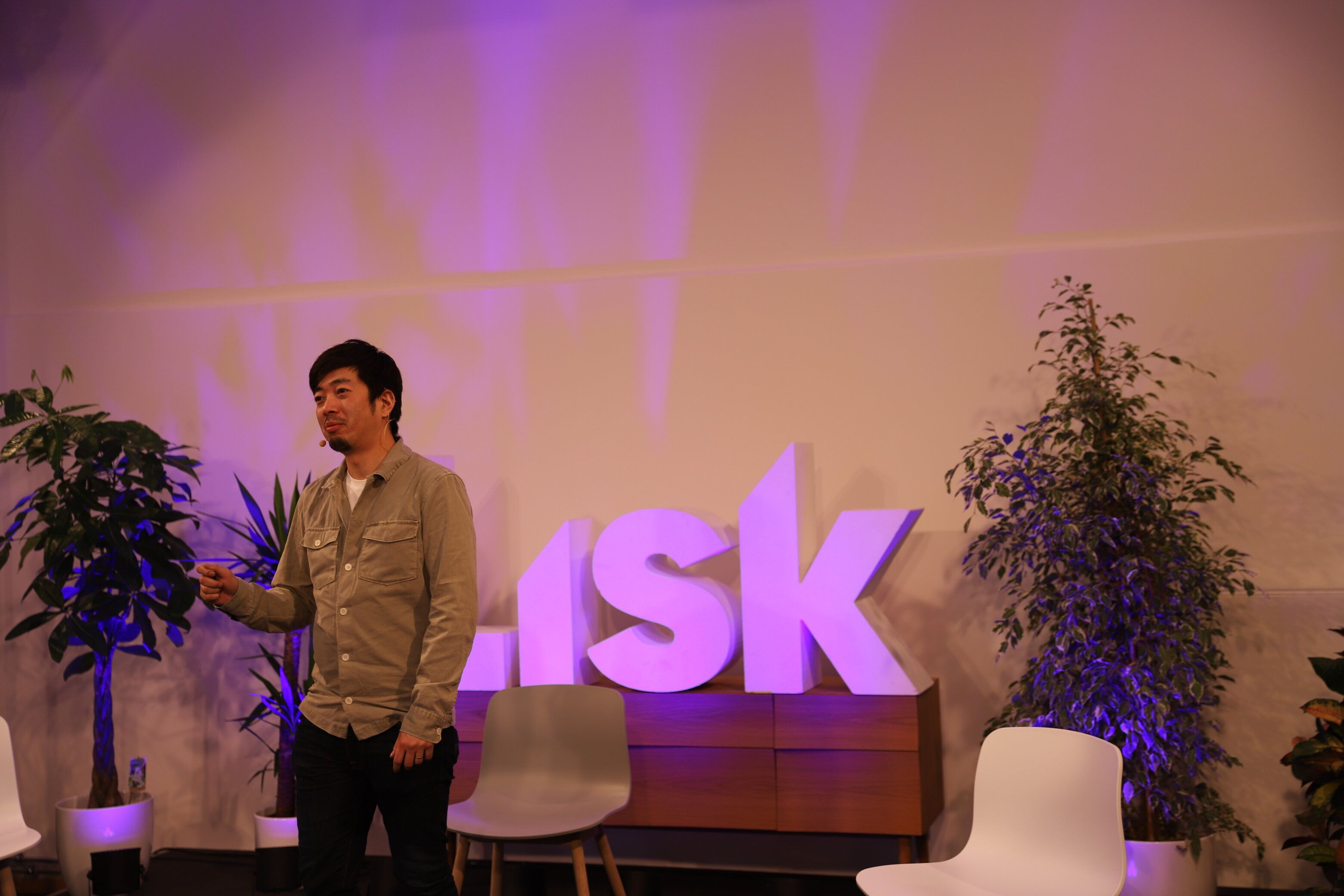 Lisk’s lead backend developer - Shusetsu Toda, showcased Lisk SDK 5.0.0, Lisk Core 3.0.0, and the release schedule of Lisk Core and Lisk SDK. Shu presented the differences between on-chain and off-chain architecture and explained each of them in detail. He also talked about the communication architecture.

After that, Shu explained what Lisk Core is, how to install it and showcased the Lisk Core 3.0.0, and highlighted the command pallets. During the event, he announced that the security audit is conducted by LeastAuthority, and we expect it to be completed in December. At the end of his talk, he presented a release schedule and announced that later this year Lisk is going to launch Betanet v5.

If you want to learn more about Lisk SDK and Lisk Core, make sure to check out Shusetsu’s presentation here. 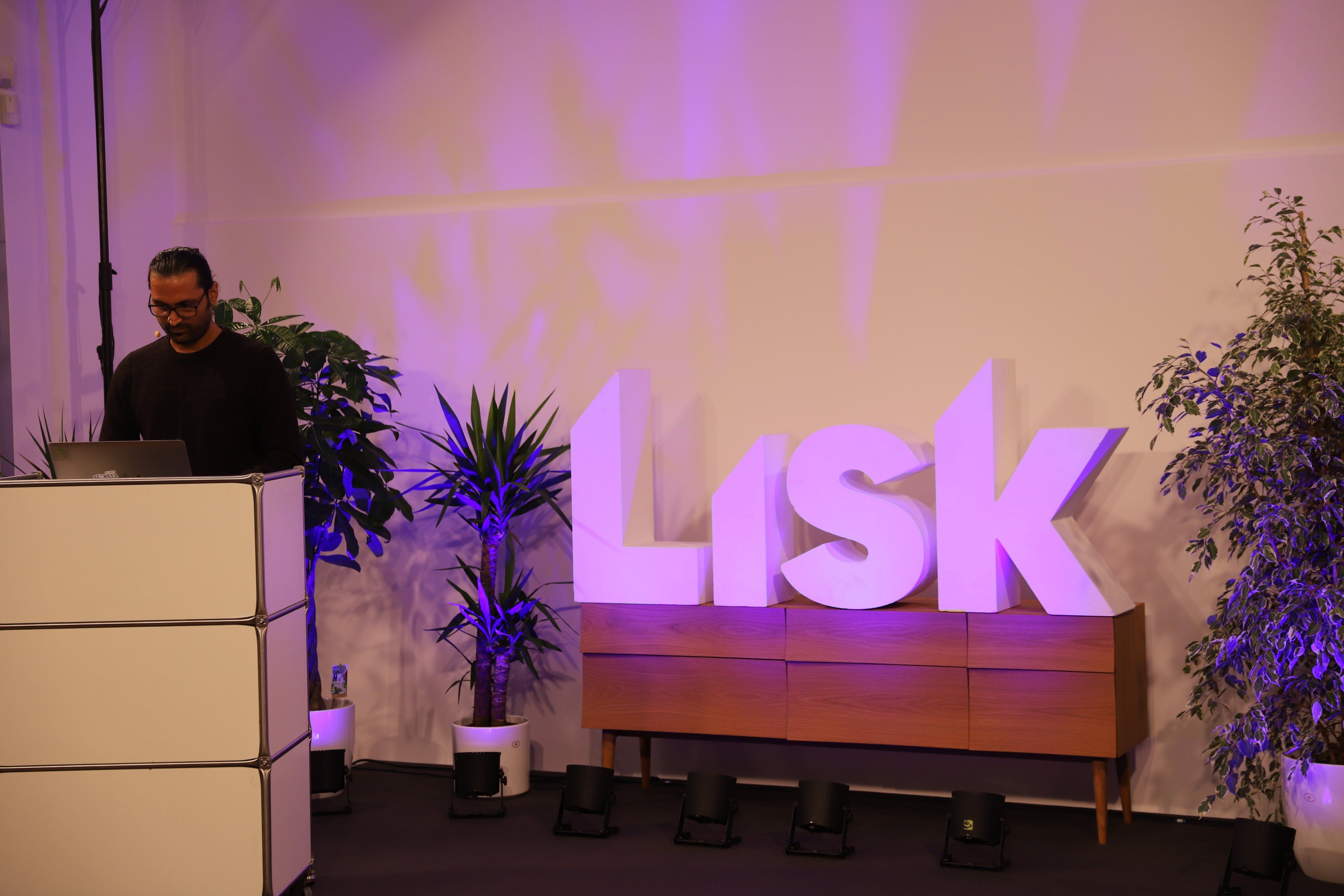 Manu started his presentation by explaining the differences between fungible and non-fungible tokens, as well as the characteristics of NFT. The main part of Manu’s presentation was a live coding session where he presented how to build NFTs in just 10 minutes.

If you want to watch the live coding session during the Lisk Updates online event, check out Manu’s talk here.

Two community members, participants in the Lisk Builders program, presented their own blockchain applications built with the Lisk SDK.

Endro explained the reasoning behind choosing the Lisk SDK to build the Arcado Network project and his achievements so far. He also explained step by step the process of building the blockchain application.

If you want to learn more about the Arcado Network check out the blog post and Endro’s presentation.

He also talked in detail about the experience of working with Lisk.

If you want to read more about the Fit Project, check out the blog post and Fernando’s presentation.

A First Glimpse at Lisk Interoperability 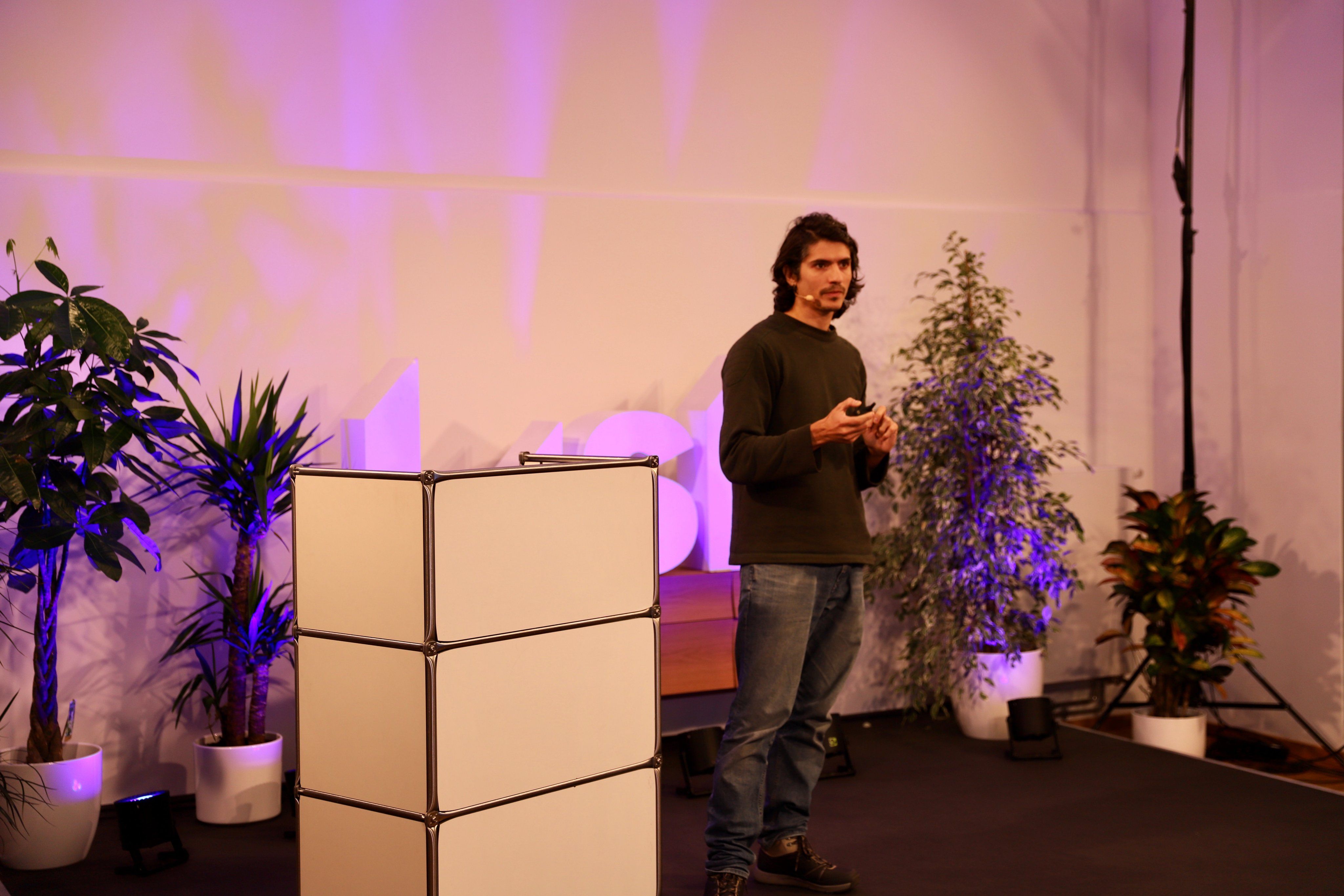 Max stated during his Keynote Opening Speech: "How long have I been waiting for this moment to stand on stage and announce such a topic”.

Lisk team was very excited to finally be able to reveal more details about Lisk Interoperability.

During his presentation, Alessandro gave us a first glimpse at Lisk Interoperability and showcased the 4 milestones:

Alessandro announced that the Lisk research team is currently finalizing the third milestone and all interoperability LIPs will be revealed during the Lisk.js 2021 event in spring.

If you want to learn more about Lisk's Interoperability direction, check out Alessandro's presentation. 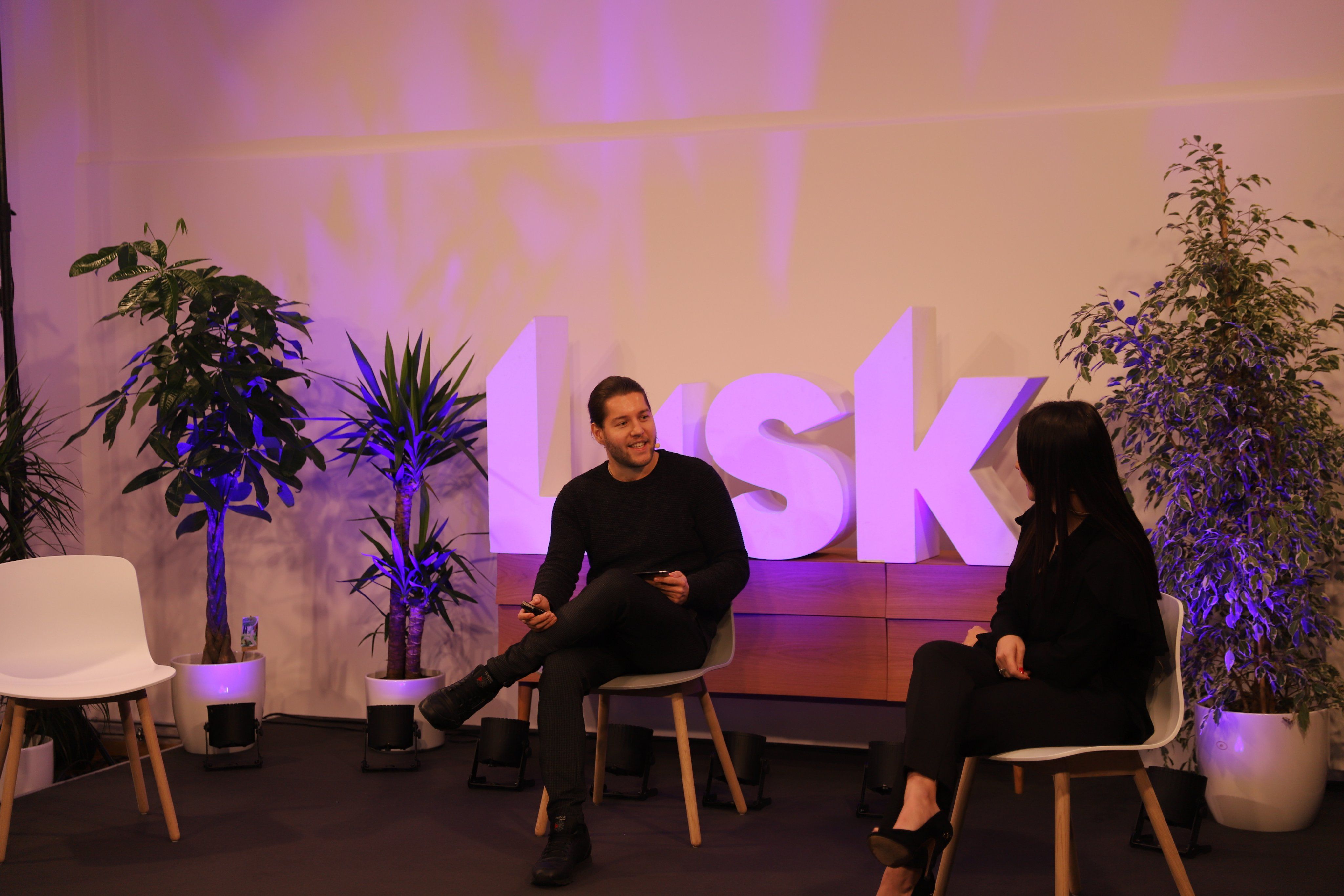 After the presentations, we also hosted live Q&A sessions. The Lisk team was collecting questions from the audience on YouTube and Crowdcast in order to answer them during the last part of this event. We talked about our plans for public relations, building and engaging with the community, Lisk competitive advantages, interoperability, sidechains, and much more.

Questions were divided into three general categories. The answers to the questions for each session can be found in the recordings for marketing, development, and research.

Additionally, during his presentation, Max announced that the remaining general questions related to the Lisk project and the marketing aspects will be answered by him after the event. Below, you can find the questions from our community members, as well as Max’s answers.

Carbonara : Will Lisk HQ be involved in the new DPoS? To be more precise. Will Lisk HQ/Lightcurve/Founders be participating in the consensus algorithm by registering as delegates or voting?

Max: Yes, our plan is to get involved with the new DPoS in a fair and constructive way.

Carbonara: Where is Oliver and why is he not anymore active in the community?

Max: Oliver, in his position of CTO for Lisk, is focusing on the technological aspects of the project. Moreover, he realized that being active on various social media and community channels like other CTOs from crypto projects is not really his cup of tea. Instead, he prefers to fully focus on delivering the promises we made five years ago. Meanwhile, the development team interacts on a daily basis with the community members.

Anonimowy891 : Do you have any bigger partners yet? Of course, you don't need to enter names but is someone?

Max: This was not an effort worth pursuing with a product which was still in the alpha stage. With the release of Lisk SDK 5.0.0, we enter the beta stage and therefore we will allocate resources for this effort in the upcoming year. However, the big focus for us remains on developers who will be the ones building blockchain applications with Lisk SDK.

Tobi: Is Lisk still partnered with Madana and GNY.io and are there future Plans for LML Token?

Max: Lisk never partnered with Madana or GNY. We do not plan to partner with community projects, as we have the intention to stay independent and neutral. Therefore, I am not able to make any comments on these projects’ future plans.

Marcel: In a recent podcast, Max talked about competitors like Polkadot and Cosmos. Although these companies are relatively new they are hyped a lot and already have a lot to show. When looking at development time Lisk should be miles ahead of those but it doesn't really feel like it. How can Lisk compete with them in the (near) future?

Max: If we look at these projects, we can see that they are not that new in the space. We know that Cosmos started with Tendermint in 2014. The Cosmos repository was created in 2016, around the same time as Lisk. The first white paper for Polkadot was published in 2016, while the public development work started in 2018. Essentially, both of these projects started before or at the same time as Lisk, but with very different approaches. Cosmos developed first the consensus, while Polkadot started with the whitepaper. Lisk, however, went public from the first day.

On the investment side, Lisk doesn’t have any Venture Capital backing like the other two projects and prefers to stay independent. Looking at the development aspect, there were many things that needed to be cleaned up from the Crypti times. This is already done with the Lisk SDK 5.0.0 which was just released. Therefore, I am fully confident that now we are on the same level as these other projects, with blockchain interoperability being revealed next year. Lisk has definitely an advantage for adoption targeting JavaScript developers, while the other two rely on Go and Rust.

Ionut : Can you mention an updated list of use cases for the LSK token and which role it will play in the ecosystem?

Max: The LSK token will have an important role in the ecosystem, being used for blockchain fees on the Lisk mainchain and all the sidechains. This includes regular transactions such as balance transfer or voting, as well as custom transactions. In this way, we will create utility and demand for the LSK token in the future.

Max: We at Lightcurve will certainly start developing blockchain applications with the Lisk SDK at one point in time. If this happens for the Lisk Foundation, for Lightcurve or for other entities is not yet defined.

With this, we would like to thank everyone for attending the online event and getting involved in the Q&A session. This was a great opportunity for the Lisk team to update the community and the newcomers about development and research progress and to introduce Lisk Center Berlin, one of the biggest marketing efforts for Lisk this year. We hope to see you again during the upcoming online and offline events, so make sure to permanently visit our events page.