Where to Store LSK – Lisk Desktop and Lisk Mobile Wallets

In order to hold and use cryptocurrency, you will need a crypto wallet. The Lisk network has two official options to store and utilize your LSK tokens, Lisk Desktop and Lisk Mobile. But how do they work? How are they different? Which one is better for you?

Before we dive into the specifics of the Lisk based wallets themselves, we will cover some of the basics that all crypto wallets share.

How to Store Crypto?

There are a number of different ways to store your crypto. For now, we will break these all down into two groups: custodial and non-custodial wallets.

Custodial wallets are controlled by another party, typically an exchange. This means that you do not control the private keys of the wallet. If you are using a custodial wallet, you are putting a lot of trust into this party to handle your wallet and crypto appropriately.

There are many advantages to using custodial wallets, such as:

There are however numerous disadvantages of using custodial wallets, including:

While non-custodial wallets have these advantages, there are still a number of drawbacks to consider as well:

Both Custodial wallets and non-custodial wallets serve a purpose. While everyone may have their own opinions, it would not be fair to state that one is better than the other. In fact, many users choose to use a combination of the two.

One of the most important factors when it comes to choosing any crypto wallet is security. Non-custodial wallets will typically allow users to dictate how secure they are. Some users will choose more secure methods, whereas others may sacrifice some security for the sake of convenience.

For instance, the way a user stores their private keys will greatly influence how secure their wallet actually is. There are many things users should avoid doing, such as:

These are all things that a user may do that could compromise the security of their wallet significantly.

It is important to identify another classification of wallets, which are hot and cold.

Hot wallets are generally software that you install on your computer or mobile device. These wallets connect directly to the internet. While they are quite convenient and easy to use when there is a need to send multiple transactions at one time, they are much more susceptible to security issues. In a nutshell, hot wallets sacrifice some security for the sake of convenience.

Cold wallets usually come in the form of a physical device, known as a hardware wallet. The private keys are stored on the device itself, never being exposed to the internet. Instead, transactions are individually signed by the device, then broadcast separately to the internet. Unlike hot wallets, cold wallets sacrifice some convenience for the sake of security.

Fortunately Lisk users have the ability to utilize the added protection offered by a hardware wallet through Ledger, which we will discuss a bit later.

What is a Web3 Wallet?

A Web3 wallet is a non-custodial, digital wallet that you can use to store and utilize your crypto. Mainstream examples include the Metamask wallet and the Coinbase wallet. They come in many different forms, including:

How Does a Crypto Wallet Work?

While every crypto wallet app works a bit differently and has its own set of features, they generally have many of the same characteristics.

For starters, many newcomers believe that their crypto is held within the wallet itself. This is incorrect. Crypto wallets are actually just user interfaces that are used for Web3 interactions, such as spending. The crypto is stored within the blockchain itself.

How to Use a Crypto Wallet?

Crypto wallets make use of public and private keys. Public keys are safe to share with others. They are used as a way to give other parties access to sending funds into your wallet. This differs from private keys, as those are used to send funds out of your wallet. As such, private keys must be kept safe at all times.

Under no circumstances should you give your private keys to another party, as that could very well result in a total loss of your funds. Many scams out there will try to get you to hand over your keys, usually in a sneaky way. These scams come in many forms, such as fake wallet interfaces and fake customer support. Always use extra caution when using, interacting with, and storing your private keys.

How to Store Lisk – LSK Token?

As stated in The Role of LSK Token in the Lisk Ecosystem, LSK is the native utility token for the Lisk network. When it comes to storing your LSK tokens, there are two official options, Lisk Desktop and Lisk Mobile. Both are very similar, yet have their own unique advantages.

As the name suggests, Lisk Mobile is a crypto wallet app for mobile devices. It is available to download on both iOS and Android devices.

Lisk Mobile offers some of the more basic features of a crypto wallet. Transfer transactions allow you to both send and receive LSK tokens. You can also create brand new addresses straight from the app itself. An added convenience is that you can keep track of all your addresses, as well as those of other users, through bookmarks. 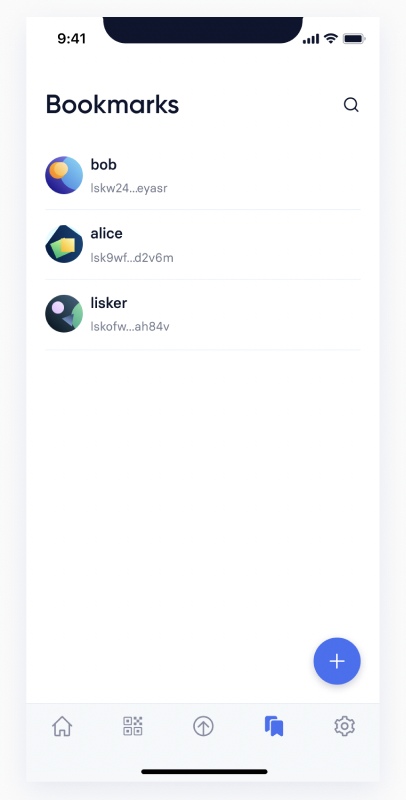 Lisk Desktop is available for Windows, Mac, and Linux operating systems. While it has all of the previously mentioned features of Lisk Mobile, there are a few additional ones as well.

As explained in the Delegated Proof of Stake Consensus for LSK Token blog post, participating in voting is a key component of the Lisk network. You can easily vote and/or unvote delegates through the application. In addition, you may unlock any LSK tokens that were previously used for voting. Read the Lisk Voting Process blog post for more information on this. 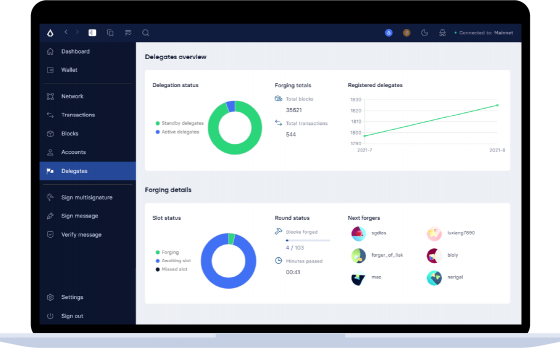 Lisk Desktop also offers the ability to monitor certain network events. These include the most recent blocks, delegate forging statistics, top account holders, and much more. These events work similar to the Lisk explorers, Liskscan and Lisk Observer. 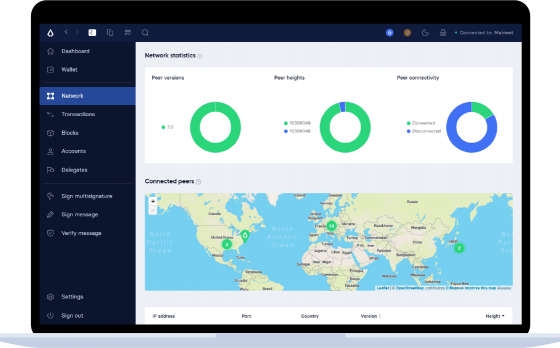 Both Lisk Desktop and Lisk Mobile offer the ability to create an address that is tied to the standard 12-word passphrase. Though keeping this passphrase safe is a very secure way of storing your LSK tokens, some users prefer even more security.

For a full walkthrough on how to setup and use your Ledger with Lisk Desktop, please read the Ledger Hardware Wallet User Guide blog post.

While Lisk Desktop may seem as the more powerful of the two, Lisk Mobile has some added convenience that is not available to Lisk Desktop. For starters, you can use Lisk Mobile anywhere that you can take your mobile device, which is practically anywhere. Not only that, Lisk Mobile has the option to use biometric authentication to login, though several actions will later require you to enter your passphrase for security purposes.

It is important to note that there is no need to choose one over the other. As stated earlier, both Lisk Desktop and Lisk Mobile act as an interface, as your 12-word passphrase can be used interchangeably in any Lisk wallet. Therefore, you may choose to use both as the situation dictates. You may have separate Lisk Desktop and Lisk Mobile addresses, or you may choose to use the same address with both wallets.